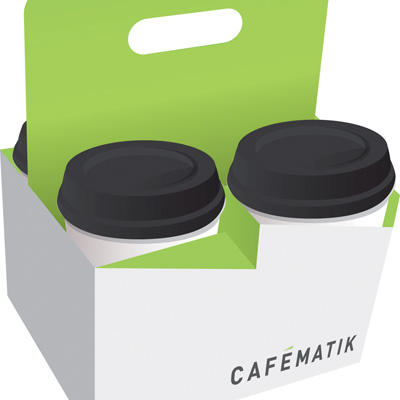 Cada has created food packaging for Beirut Airport in Lebanon, which could make it the world’s first airport with almost entirely environmentally sourced food and beverage packaging.

The consultancy worked with food specialist Fulcrum, which operates the airport’s five outlets, to create a suite of packaging, including sandwich boxes, bottles, coffee cups, bags, napkins, salad pots and associated labelling for all the restaurant outlets.

Fulcrum approached Cada in November 2009 on the basis of the consultancy’s credentials with food outlets such as Dean & Deluca. It has already sent two-and-a-half 12m-long containers-worth of the new packaging to the airport.

David Anderson, co-founder of Cada, says, ’We were commissioned to overhaul the visual identity of two of the brands and asked to provide a design refreshment for three cafés.

’We worked on the kids’ range from scratch, and as the project got under way we discussed the idea of “eco” packaging solutions.’

He adds, ’It was a very organic process and a huge research exercise. We’ve realised that eco doesn’t have to cost more.’

The consultancy was initially tasked to audit and analyse all the airport’s existing offers and packaging. Following the recommendations it made, Cada was then commissioned to design, source and implement the environmentally friendly packaging, which uses innovations such as sugar-beet tray liners. Cada also created signage, all associated collateral and new visual identities for the products sold by the airport’s outlets. Anderson says the brief focused on retaining a ’very hard, urban New York metropolitan look for the cafés’, to create an ’international’ look.

He adds, ’Working with a mostly British supply chain we have achieved an almost 100 per cent eco packaging solution for the airport’s food and beverages. We believe this to be a world first.’

It is hoped the new packaging solution will go on to be used elsewhere, including a shopping centre in Lebanon.

The packaging will start to roll out next month, and the overhaul of the outlets’ visual identity should be completed by November 2011.