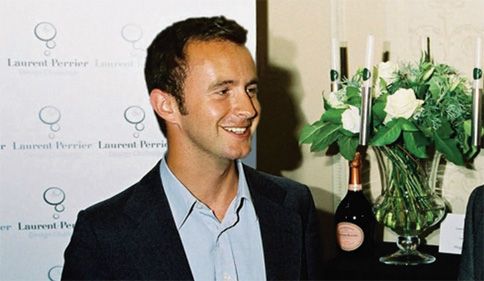 Hugo Eccles has left Studio Conran after less than a year in his post as creative director. Eccles, who signed his contract with Studio Conran in January, has been replaced by former head of branding Emma Booty following a reorganisation at the consultancy.

Conran Holdings chief executive Roger Mavity has confirmed the moves, but not the circumstances of Eccles’ departure. Eccles himself says he is ‘stepping down’.

Mavity and Eccles both say Eccles’ tenure as creative director has been a commercial success. New Studio Conran clients include LG Electronics and DeBeers.

Booty has been appointed in place of Eccles, but is due to go on maternity leave. Mavity says that during the maternity period he will take charge of management duties and Sir Terence Conran will assume creative direction. It is understood that Flo Bayley – director of Studio 176 and wife of design critic Stephen Bayley – may be brought in to offer further cover until June 2011, although no agreement has yet been signed.

Eccles says he will now set up his own Anglo- US consultancy based in New York and London. He says the idea was being considered when Mavity first approached him for the creative director position in October 2009.

Eccles says, ‘My seven years in North America revealed an interesting gap in the market which this new venture intends to tap, while my success at Conran has confirmed the business model.’ Eccles has a compromise agreement in place on his contract with Studio Conran which is ‘completely normal’, according to Mavity, who indicates that though he is not involved in negotiations over the agreement, it is likely that the only restrictive measures would be over approaching the studio’s staff or clients.

RCA to bring back MA interiors course in 2012