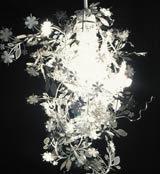 The designers of cult computer game Grand Theft Auto: Vice City have been shortlisted for the Design Museum’s Designer of the Year award, alongside Apple’s Jonathan Ive, Tord Boontje and Solange Azagury-Partridge.

Rockstar Games, arguably less well known than the other nominees, designed and developed Playstation 2 game Grand Theft Auto 3 in 2001 and its sequel, Vice City, which last November became the fastest selling game ever launched. Rockstar Games is based in New York and Edinburgh, where it trades as Rockstar North. It was founded in 1998.

Jewellery and interior designer Azagury-Partridge is creative director of Parisian jeweller Boucheron. Boontje is a product designer who specialises in highly decorative glassware and lighting (Profile, DW 5 December 2002). Apple vice-president of design Ive has designed the iconic iMac and iPod.

The winner will be chosen in early June by a panel including Design Museum director Alice Rawsthorn, Sir Paul Smith, Marc Newson, Paola Antonelli of the Museum of Modern Art in New York and design historian Emily King. The public will also be able to add its vote.

‘All four nominees have made fantastic contributions to the world of design, and their work in 2002 was exceptional,’ says Smith.

See Review, page 36, for an appraisal by Hugh Pearman of the Designer of the Year shortlist.

The McConnell/ Russell chemistry is remembered