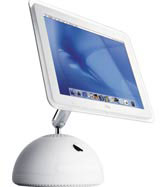 The Designer of the Year award is a me-too product. We’ve got the Booker, the Turner and the Stirling for fiction, contemporary art and architecture respectively. So, the Design Museum reasons, it’s our turn. And why not? So the familiar format is adopted, along with the usual prize: £25 000. And now we have the shortlist.

These things need time. The Stirling was a deliberate echo of the Turner format, and it took four or five years to become established to the extent of being an annual fixture on television. A factor in its success is the serendipitous name: Stirling sounds good, as well as recalling a famous architect.

Designer of the Year is a weak title. Imagine the agonised discussions around the table when it was being mooted: do we call it the Reilly Prize? The Morris Award? The Cole Cup? You see the difficulty. With Kenneth Grange, James Dyson, Terence Conran, David Mellor, Lord Snowdon and Robin Day all hale and hearty (the unwritten rule is never to adopt the name of a living person), suitable names are scarcer than you might think. The Peugeot Design Award deserved to succeed in a Bookerish kind of way – the commitment of Peugeot is exemplary – but being confined to designer-makers (what used to be called crafts), it remains a niche prize. Given that MFI is sponsoring Designer of the Year, you can understand why the museum didn’t want that name on it either.

So what constitutes a top designer, in the view of the judges? The four on the shortlist are Tord Boontje, a designer-maker; Solange Azagury-Partridge, cr

It’s a diverse list. The first two essentially represent interiors and fashion, Ive is the classic inspired industrial designer, and Rockstar exemplifies the team design approach of the computer-games world. Which would you choose?

The first year of any award is highly symbolic – the winner has to somehow embody the aims of the enterprise. Azagury-Partridge does very pretty and ingenious rings for wealthy people, but is hardly a world force. Boontje (chosen for his original, delicate chandeliers) is early in his career, could go in a number of directions, and so far seems essentially decorative in his aims. The guys at Rockstar are undoubtedly a clever bunch – and choosing them would give the Design Museum some street cred – but their games are just variants of the old guns ‘n’ car chase formula. The technique is brilliant, the substance massively clichÃ©d, and the glorification of violence worrying.

That leaves Jonathan Ive. Arguably, Ive has kept Apple in business, which means he has single-handedly maintained an alternative to the hegemony of Microsoft. His computers – particularly the laptops – are aesthetically streets ahead of any PC. Trouble is, everyone except the design world uses PCs. Nonetheless, Ive most certainly is a global force, achieving what all designers want to do: improving mass-produced products.

So you know which one I favour. But it all depends on the message the judges want to send out, doesn’t it? Craft or design, actual or virtual? It’s not so easy. But they have more than enough time to consider – five months, in fact, before the winner is announced. It’s a long time to sustain everyone’s interest.