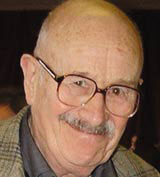 ‘What are you, some sort of masochist?’

It was the eve of the French vote and I had just told my cousin that I had spent the afternoon trying to read the European Constitution in French.

I was impressed by the amount of work it must have entailed and the exhaustive content organised by its mastermind, ex-President Giscard d’Estaing, and his team of bureaucrats from each of the member countries.

But, boy, could it have done with a designer! To add emphasis, vary the type, make the whole more accessible, act as a representative of the ordinary reader.

I was reminded of a meeting at a food company at which the technologists presented their revised recipe. They had been asked to incorporate a new ingredient. The product was tasted and everybody agreed that they had successfully achieved the synthesis. Congratulations all round! It was some time before anyone pointed out that the product tasted terrible.

The document is a massive achievement, but virtually impenetrable. It is serious. It has to be. But why so earnest? And why so much? The US Constitution is a tiny fraction of its length – and far more lucid.

The European Constitution has 189 double-column pages and, no doubt, a case can be made for every paragraph. But why no light and shade? Why no ‘executive summary’? And, given that much of it consists of existing legislation, why no highlighting of the innovations?

These are questions any reputable designer would have asked. And why no ‘popular’ version? You don’t have to dumb down to make things meaningful to people.

But it seems that the French and the Dutch didn’t vote on the content, but simply on what they had heard of it and how that changed or reinforced their existing perceptions of the union, integration, expansion and their leaders.

And, if they actually read some of the constitution, then what? The woolly language and generalisations would have infuriated Doctor Johnson. ‘Example,’ he said, ‘is more efficacious than precept.’

Johnson was in my mind as I had been reading the story, published earlier this 250th anniversary year, of the writing of his dictionary. The learned doctor certainly knew a thing or two about persuasive language: ‘Promise, large promise is the soul of an advertisement.’

He would have searched in vain for the constitution’s soul. He would have been confirmed in his opinion of 1769. When his companion and biographer Boswell criticised him for laughing at ‘schemes of political improvement’, he replied, ‘Why, Sir, most schools of political improvement are very laughable things.’ He told Boswell, ‘I would not give half a guinea to live under one form of government rather than another. It is of no moment to the happiness of an individual.’

But did the framers of the European Constitution believe, with their American predecessors, Jefferson et al, in the ‘pursuit of happiness’? Happiness didn’t shine out from the pages I tackled. Realising that the task would defeat me, I drew comfort from Johnson’s rejoinder to a friend’s criticism.

‘What, have you not read it through?’

‘No, Sir, do you read things through?’

I wonder what would have happened if somebody had actually designed the constitution to be read through – and not by bureaucrats but by individuals.