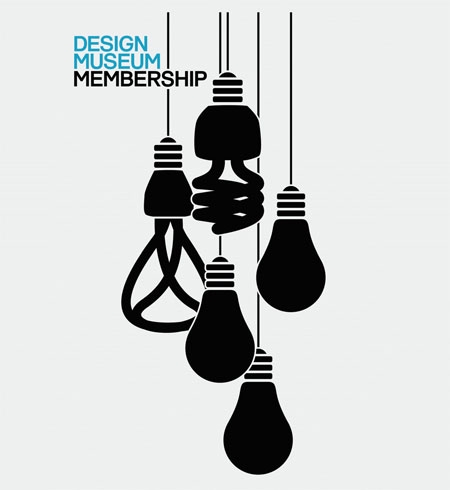 Spin has created the branding for the Design Museum’s new membership scheme, which has been restructured and relaunches on 20 June.

The consultancy has created an identity for the scheme based around a light-bulb motif, with different bulbs used to denote different levels of membership.

The Design Museum has an existing membership scheme, with levels including ’Friend’ and ’Patron’, but Josephine Chanter, the museum’s head of communications, says a new scheme is being launched as ’we want to give people more flexibility in the way they can get involved’.

Chanter adds, ’We wanted to try to make a distinction between people visiting the museum on a professional level and those who visit for leisure or social reasons. The new Associate level is a much more involved membership. We work closely with a lot of designers and this might be for them, for example.’

Brook had previously co-curated the Design Museum’s exhibition Wim Crouwel: A Graphic Odyssey, which opened in March, and Spin also worked on collateral for the show, including Crouwel-inspired wallpaper and a Wim Crouwel alarm clock app, developed with Large Blue.

Brook says, ’The membership scheme’s structure was already in place when we were appointed and we had to respond to it.’

He adds, ’Conceptually, we really liked the idea of a light bulb. The light bulb is the symbol for an idea and the Plumen light bulb this year won the Brit Insurance Design of the Year award [which is hosted by the Design Museum].’

An outline of the Plumen light bulb, designed by Samuel Wilkinson and product design consultancy Hulger, is used on collateral for the Associate membership level. The other levels of membership feature energy-saving and traditional light-bulb motifs.

Brook says, ’We’ve used silver on the Associate level to make it a bit more special. There’s got to be a difference, but it’s also very important that people don’t feel that they have “lesser” membership.’

The identity is being used on membership cards, flyers, posters and other collateral and a website developed by Large Blue.

Both Spin and the Design Museum say there is potential for the identity to be updated every year. Chanter says, ’The plan is to see how it develops. We could, for example, use different objects every year.’