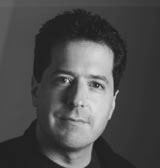 As Frank Nuovo (pictured) steps aside, Sarah Balmond asks can Nokia reclaim its place at the top of the mobile design league?

Everybody loves a comeback kid, but Nokia has a while to go yet before it can fully claim to be back on the block, as the leader in mobile phone design.

As one of the first manufacturers to launch fashion-led handsets during the 1990s, Nokia gradually became eclipsed by the likes of Motorola, Samsung and Sony Ericsson – a gang of innovators intent on pushing the limits of design – which ushered in a technology and aesthetic arms race that, seemingly, left Nokia struggling to keep up.

However, Nokia remains at the top of the global handset league, with a 35 per cent market share of all mobile phone sales, according to the latest results produced by market research group, Gartner. Its share is almost twice as big as the next biggest contender, Motorola, but it has been steadily losing its dominance. In 2004, Nokia witnessed a decline in market share, reportedly caused by a misreading of the clamshell trend.

So the news last week that Nokia is planning to streamline its design teams into a single design operation, for the first time, based in Finland, seems a timely move, particularly given the fact that the telecoms giant reportedly has its eye on an even bigger 40 per cent share of the total mobile phone sales market. 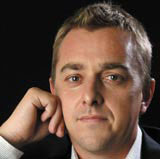 The design teams at Nokia’s three business groups – Enterprise Solutions, Mobile Phones and Multi Media – will report to a new head of design, Manchester-born, Alastair Curtis (pictured). Formerly vice president at Nokia’s mobile phones business group, he will replace long-serving Frank Nuovo, who has been at the Nokia design helm for over a decade.

Overall, the realignment of the design process could bring a fresh cohesiveness to the company, providing the additional impetus to drive forward Nokia’s renaissance.

‘Nokia lost their way a bit. Five years ago, they were driving the market, but they dropped the ball and were caught out by the likes of Motorola and Samsung,’ says former manager of Samsung Design Europe Mark Delaney – now a director of Plan. He sees this as their chance to get back on track. Commenting on the way design will now be managed within the company, Delaney believes it will be a ‘good move’, pointing out that, previously, ‘it may have been difficult for Nokia to keep control, with hundreds of people based around the world.’

Nuovo is departing to pursue his own design career, but he will continue as a consultant for Nokia, and also as principal designer for Vertu, Nokia’s luxury brand. Just how hands-on he will be, remains to be seen.

It is also not evident if Nuovo was pushed or left the top job of his own accord. Sources suggest that, perhaps, it was living in Los Angeles, and the arduous regular commute to Europe, which finally took its toll on Nuovo. Interestingly, Curtis is still undecided as to where he will relocate as part of the new job, says a spokeswoman for Nokia. 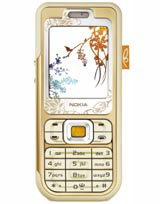 Commenting on his lifestyle, he says, ‘There is a little bit too much time spent on the aeroplane, but it is just part of the job.’ He maintains the importance in applying a flexible international strategy to design and warns of the dangers in adopting too strict a centralised approach to design.

‘You have to transcend where the company is from. It is more about what the company represents. It is very important to understand the need to have a global view and design strategy,’ he says.

Nokia faces the particular challenge of keeping its international roots, despite relocating the heart of its design work to Finland.

New technologies and variations on the candy bar, clamshell, rotators and slider handset designs are resulting in a plethora of new products flooding the market. Last week, Samsung launched its latest multimedia concept, the Q1 portable notebook, developed in collaboration with Intel and Microsoft, which allows users to speak on the phone, listen to music and play games. Tiny and slick – just under 25 mm deep – the Q1 is testimony to the growing trend for simple, elegant products. And with Apple set to launch its own brand of mobile phones, Mobile Me, as early as next month, the design bar is set to be raised further.

Nokia’s efforts to adapt to this ever-evolving market, by reviewing the way it runs its design, goes part of the way in ensuring a secure recovery, but handset design must be placed at the core of its design strategy, if Nokia is to see a full return to its former glory years.

Mobile Phone market, according to research from Gartner:

• 1993 – Curtis joined Nokia as design engineer in the UK