Gillette’s design team has created a five-blade men’s razor called Fusion, which is due to be launched in the UK this autumn. 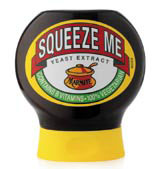 Osborne Pike has designed the look of Little Discoveries, a range of smoothie ice creams being launched by Fresh Daisy Organic.

Marmite is getting a makeover with the launch of Marmite Squeeze Me, available from the end of March. Innovation Generation and The Core have designed its packaging (DW 26 January).

A giant digital graffiti wall, called Glyphiti, is one of the exhibits on display at Open Vice/Virtue: The Online Art Context by American artist Andy Deck. It opens this week and runs until 22 April at Http, 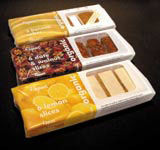 Microsoft has appointed UK smart fabric manufacturer Eleksen to design and produce fabric keyboards for its forthcoming Ultra-Mobile PCs, currently codenamed Origami. The products will include a Bluetooth keyboard, USB keyboard and a carrying case with integrated controls.

Association of Ideas has created new brand packaging for a cake range from Respect Organics launching this week (pictured left).