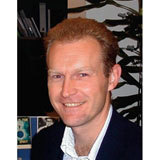 The London Development Agency is planning to publish its proposed model for a national centre for design next month.

In a report, to be made public on 15 December, the LDA will set out its recommendations for the setting up of a national centre, the scheme put forward in the Cox Review that was backed by Chancellor Gordon Brown last year.

The LDA report follows an industry consultation headed by Graham Hitchen (pictured), who was appointed as project director for the National Centre for Design and Innovation in July (DW 20 July).

‘We’re are now winding down the discussions that we have been holding across the industry so we can publish our report on the national centre next month,’ says Hitchen.

Rather than being a final visual manifestation of the centre, however, the model is likely to be flexible enough to incorporate a range of possible schemes. The final design will depend upon the mix of participating partners, which has still to be agreed.

At the same time, a marketing initiative to attract business partners to the scheme will also be launched. The LDA has appointed The Team to consult on the positioning of the would-be design centre and to create the report itself, plus a prospectus and associated marketing materials.

‘The brand proposition is interesting because it is still a rather abstract concept,’ says The Team managing director Julian Grice. ‘There are a number of givens for the model however. There will be a revenue model around it and it will have customers, as well as being an agent for change. It has to be a proposition that gets people excited.’

A lot will certainly rest upon the success of the marketing initiative and the next phase of the scheme, particularly without any investment from central Government. There is still no sign that funds will be forthcoming from any of the Government departments associated with the design industry, in spite of the Chancellor’s endorsement of the intiative in his pre-Budget speech.

Foundation degrees in HE colleges are overdue for scrutiny