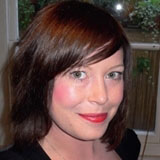 Susanna Edwards was told as a student that her natural eclecticism would render her unemployable, but luckily she refused to temper her diversity. Liz Farrelly talks to the determined multidisciplinarian

‘I’m thinking of removing all terminology from my business card and just having my name,’ says Susanna Edwards, when asked to describe her practice and define the many and varied collaborations and research projects she’s involved with.

Currently a full-time educator – although now on sabbatical – Edwards is senior lecturer in Graphic Communication Design at the University for the Creative Arts at Farnham, and pathway leader for the Illustration department. She has also taught at Central St Martins College of Art and Design and other University of the Arts London colleges. And, since graduating from Central St Martins in 1996, during what she describes as the ‘new technology boom’, she’s been a prolific commercial image-maker, working with publishers Vintage, Bloomsbury and RotoVision, for magazines such as Zembla, Exit and Eye, and for a roll call of retailers, including Paul Smith, Coco de Mer and Tatty Devine.

That sounds like the straightforward career trajectory of a freelance designer/part-time lecturer. But Edwards’ self- instigated projects go beyond familiar expectations, by ranging across media and disciplines. ‘These days design practice is so diverse, thanks in part to new technology, that boundaries between fine art and design have shifted,’ she explains. ‘It’s become very hard to categorise what we do.’

Lost To View is the latest and to date most high profile of these ongoing initiatives, having been presented this month, in its current form as a projected film accompanying a series of talks, at both Tate Britain and the Museum of London. Edwards worked in collaboration with ex-students and now studio mates, animator Katharina Koall and designer/artist Martin McGrath, interpreting the recently published book London/ City of Disappearances, edited by renowned psycho-geographer Iain Sinclair and published by Hamish Hamilton. 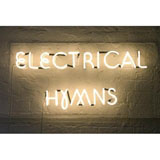 Contacting the book’s contributors, the team amassed a range of imagery relating to their stories, which in turn has been treated digitally and by hand – photographed, filmed, animated, printed – and collated into a movie. With the screen divided into a grid of nine image strands, the non-linear narratives display people, places, objects, memories, actions and quotes, culled from the series of essays describing disappearances of all kinds. ‘Ideally,’ explains Edwards, ‘we want to present each mini- narrative as a series of displays within a physical space.’ The aim is for the project to continue evolving until it’s re-staged.

When asked how her multidisciplinary approach came about, she explains, ‘It all started with my education. I was against jumping on the Apple Mac as a way of working, and wanted to understand craft-based means of image-making, plus I had a real love of language.’ As she explored letterpress, screen-printing, film and photography, her tutors labelled her ‘unemployable’. Now she finds that her raft of skills enables her to ‘slot into any team’.

With a personal game plan to ‘create a portfolio and be known for what I produce’, Edwards turned the unemployable tag to her advantage, and instead of landing a junior designer job straight out of college began freelancing and making connections. When asked how the collaboration with Sinclair came about, she recalls, ‘I decided I wanted to meet him and went to a book reading; I introduced myself and shortly after we were working together.’ Her tenacity paid off – so far she’s collaborated on four projects, joining a group of distinguished painters, photographers, film-makers and writers who regularly work with Sinclair.

For 2004’s Estuarial Lives, Edwards created an exhibition of ‘signage’, reflecting the landscapes that Sinclair and film-maker Chris Petit encountered on a walk from Beckton Alps to Shoeburyness. Two other projects evolved into artists’ books, with Marinade XII realised as an edition of seven cloth-bound folios of letterpress prints and hand-produced photographs.

Another current project, Curious, began with a charity shop find – a collection of 19th-century microscopic slides, which Edwards has brokered into an exhibition investigating both historical and modern techniques for working with microscopes, to be shown at London’s Science Museum. 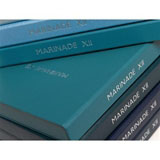 Edwards’ approach to design education goes beyond the straight-jacket of a unit-based curriculum. ‘I recently wrote an educational paper looking at how to keep creativity alive despite a system that wants to fit everything into boxes,’ she says.

Thinking well outside the box may be her preferred modus operandi, but it is tempered with real-world pragmatism to get things done. ‘Plan in advance. Make sure there’s an outcome. It’s all visual communication – that’s what I tell my students,’ she says.