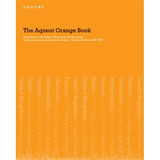 High levels of staff turnover – at around 20 per cent – have been highlighted as a growing cause for concern for design consultancies, according to a survey published this week.

The turnover of staff averages 20 to 23 per cent across the marketing, communications and creative industries, with staff retention schemes yet to be widely adopted, according the European-wide survey of salary and personnel statistics for these industries, conducted by recruitment consultancy Aquent.

The survey takes in a raft of respondents including advertising agencies, marketing services groups and clients, as well as design consultancies.

‘Turnover rates are a cause for concern,’ says Sue Nunn, area manager for London at Aquent. ‘And companies using staff retention programmes show turnover of just 10 per cent. Also, in London particularly, employers are not focusing on a better work/life balance and they will need to address this in the future.’

The report also finds that pure print designers are losing ground to those with digital experience, as client companies and investors increasingly turn to digital communications. Digital is driving revenue growth across the marketing services sector as a whole and designers who lack on-line skills are now less attractive to employers than those with the ability to move between print and the Web, it claims. It also reports that there is a continued shortage of experienced packaging designers in the UK.

However, a pick-up in the health of the UK economy is leading to an improvement in business confidence, buoyed by a strong performance in the new media sector, according to the report. It says that 84 per cent of the companies surveyed expect to see revenues rise in the coming year, with just 5 per cent preparing for a downturn.

More than two-thirds of creative departments in design consultancies are predicting salary increases over the next year and the average prediction is for a 5 to 6 per cent rise.

‘Although the figures are not directly comparable with last year’s survey, responses were certainly not that positive last year,’ says Nunn.

Aquent European managing director Stefan Ciecierski feels the UK is the most upbeat about salary increases, with 77 per cent of companies anticipating salary rises. ‘While down slightly from 2005, the UK is again the most confident,’ he says. The survey splits companies into five categories: marketing, creative, creative services, design and production, and new media. It defines creative as including strategic services, while design and production includes tangible output such as graphics and artwork.

According to Nunn, salaries at design and production groups have remained almost static for years, though other employee benefits have been introduced to compensate for this. The study says that the median salary for a design director at a ‘design and production’ consultancy is £55 000, while for a senior graphic designer the mid-point salary is £35 000. At a new media consultancy, the median salary for a Web art director is £40 000.

‘New media is very much on a high in terms of permanent recruitment at the moment, and increasingly companies are recruiting to core teams, rather than relying on freelances. And as employees can see more confidence in the new media sector, they are more interested in taking permanent positions,’ adds Nunn.