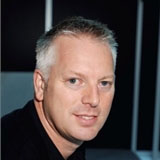 It is now almost two weeks since the revelation that 100% Design founder Ian Rudge will launch a breakaway venture from Reed Exhibitions with 100% East founder Jimmy MacDonald.

The industry grapevine has been rife with speculation ever since, but the story has finally been set straight now that Rudge has broken his silence and confirmed to Design Week that he is setting up a design events consultancy with MacDonald and will play a cursory role in 100% Design.

‘After 13 years directing 100% Design, I have achieved what I wanted with the brand. It is now time for me to take on new challenges,’ states Rudge. The mantle of running the 100% Design event is being passed to show director Peter Massey. Rudge will continue to act as a consultant to Reed Exhibitions, advising on 100% Design and other sister shows, he says.

The future of 100% Design, which is run by Reed Exhibitions, looks set to metamorphose with this change of the core show design team. The uneasy departure of show designer Tim Pyne, who quit to pursue his own projects, has left a marked void at the very heart of the festival and a replacement will not be announced until the end of the year (DW 26 October).

100% East founder Jimmy MacDonald has also walked away from 100% Design to launch the consultancy with Rudge, the full details of which are yet to emerge.

‘I am excited by the challenge of running 100% Design that Ian has entrusted to me and look forward to unveiling plans for the future direction of the show and brand in the near future,’ states Massey. MacDonald and Rudge are planning to develop a series of ‘complementary’ events in September 2007 that will take place at the former 100% East venue, the Old Truman Brewery located in east London. It will be run independently of Reed Exhibitions and will take over the entire Truman Brewery site, comprising 9000m2 and about 11 spaces in total. Both Rudge and MacDonald will be joint directors of this new event.

Because the event is separate to Reed Exhibitions, MacDonald and Rudge will have the creative freedom to run the event how they see best. However, MacDonald does suggest that there could be potential for a ‘crossover’ with Reed Exhibitions at some point. There is the possibility of sharing registration data with 100% Design for example, he says.

He stresses that ‘amicable’ business relations with Reed Exhibitions are still in place. In light of this new event, the 100% East brand will most certainly be axed from the Reed Exhibitions portfolio. There is also the possibility that Reed Exhibitions could launch its own separate venture in the same vein as 100% East.

In general, MacDonald says that for this start-up event he wants to move the focus away from graduates and launch more of a commercial, business-led fair that brings in a wider breadth of creative industries and design professionals. ‘Myself and Ian have two very different networks and levels at which we operate. This will enable us to create something totally unique. We are designers that run events, not event organisers. Just because we are still in east London, the event doesn’t have to be all cool and funky. We want to feed off that energy of course, but we want a series of commercial events that have their own identity, which is unique to trade fairs in general,’ says MacDonald.

The intention is to create a flexible events model that can travel internationally. Italy is already lined up as a possible future destination for the event, but MacDonald declines to reveal future pipeline locations. 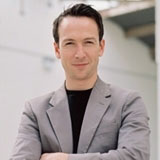 Meanwhile, a cliffhanger continues to loom over the London Design Festival and the results of its first full-scale economic evaluation, which management consultancy Stratagem intends to complete by the end of November, over a month later than planned, because of delays in the interviewing process (DW 9 November).

The aim of the review being undertaken by the London Development Agency and its creative industries arm Creative London, which provides the festival’s core funding, is to ascertain if the festival provides value for money. The LDA could back a new organising team, bringing fresh personalities to the fore, if it decides to reallocate its funding, though the LDF itself would presumably seek to continue without the good grace of its benefactor.

As the inevitable chain of events slowly starts to unfold, the London design fair underworld, with all its politics and polemic, is becoming increasingly riveting to tune into – with the climax yet to come.