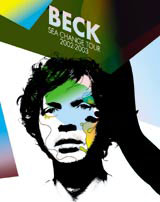 Every now and then a book comes along that makes us stand up and take notice. In the overcrowded market of tomes on graphic design, Phaidon’s Area has struck a chord. A by no means exhaustive, but wonderfully subjective selection of designers across the world, it is a great snapshot of what is happening today in print design.

The formula is simple: take ten ‘distinguished’ design practitioners and ask them to select their ten favourite rising stars. The result is an international mix of names that epitomise different schools of thought and aesthetics. It helps that all the designers’ work has space to breathe visually on the pages. The text here is minimal and serves only the purpose of putting the designer into context. It’s the work that talks for itself.

Some might not necessarily be the freshest names around. Illustrator Sara Fanelli, although perhaps not a force on the commercial circuit, has been around a few years, crafting beautiful collage-style children’s books. Paris-based Laurent Fetis has also been delighting us with his psychedelic record covers and posters for a few years too – on show is his work for Beck (pictured above) and Mellow. Experimental Jet Set is also included (work shown right); the flagship design group for the new, funky Dutch generation.

Some mad, maximalist stuff comes from the US, the country that arguably has the least hang- ups about overdoing it. Among them are designers Rick Valicenti, Chris Ware and Dylan Nelson. In particular, Nelson from Portland is quoted as growing up ‘among rugged craftmanship, wood hammers, nails and the sound of Metallica’. That upbringing has generated a body of work that borders on the kitsch, but is always humorous.

At the opposite end of the spectrum lies London-based David Richmond’s packaging work for the own-brand Selfridges range and for the Food Doctor, where a good choice of photography, type and clever copy gives the products shelf standout power. Perhaps Richmond’s work could have been shown alongside other London packaging designers that belong to that same clean, elegant school of thought – but that’s a minor criticism.

Surprises comes from lesser know parts of the world – Russia, China and Taiwan. It’s refreshing to see so much talent being so prolific elsewhere and it questions our conventional Western view of graphic design. Pages to relish are those featuring the work of Chinese designer Ung Vai Meng, who draws beautiful posters by hand for public organisations and those with Andrey Logvin (perhaps one of the most reputed Russian designers) socio-political posters.

The curators are all well known industry names: Pentagram partner Fernando Guiterrez, Eye Magazine artistic director Nick Bell and Stefan Sagmeister being among the ten. At the end they also get to choose their design classic with a summary of how it has been inspiring throughout their careers. Bell can’t resist quoting Transport, the ‘humane’ font designed by Jock Kinneir and Margaret Calvert for British road signs in 1965, while Sagmeister goes rock ‘n’ roll with Andy Warhol and Craig Braun’s Rolling Stones’ Sticky Fingers record cover. No surprises here, but icons deserve their pages too.