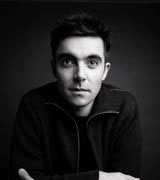 ‘A finished product is just an idea frozen in time,’ asserts Patrick Jouin, the softly spoken Frenchman who has designed a range of furniture for Cassina.

With his earnest approach and quiet ambition Jouin appears uncomfortable with the ego associated with success. He credits his father, a craftsman and mechanical engineer, for his passion. ‘I know how to transform materials, I have an intuition: what will be the resistance of a piece of metal; how to work with plastic; what different woods will be capable of,’ he explains.

Jouin studied in Paris, and after graduating in 1992, his first job was in the offices of self-styled enfant terrible Philippe Starck. ‘I am really an industrial designer – this is not my world,’ he smiles. ‘When I sent Starck my CV it was almost a joke, but maybe unconsciously I was really serious.’ On his first day at work he announced that he would leave in three years. In fact he stayed for four, heading up the furniture and product design division before making the move to set up his own studio in 1998. ‘It is easier to work for someone else,’ he says. ‘When you work for yourself you have to discover the spirit you want to express. It’s not that it feels scary, it’s just more interesting.’

His studio has grown gradually over five years, and now employs nine people. To the frustration of his staff, he refuses to subscribe to a single design or architecture glossy, instead preferring anorak-style industrial design magazines or periodicals about politics and sociology. He is careful not to be too trend driven and says he is inspired by art and music, not design.

Only 36 years old, Jouin was named Creator of the Year at last January’s Maison & Objet trade show in Paris, and he recognises he has had some incredible breaks early in his career. His portfolio is surprisingly eclectic, encompassing furniture, product and interior design, exhibition design and even installation art: he has been commissioned to transform the train station in Lille to celebrate the city’s appointment as cultural capital of Europe 2004.

He approaches all projects, whether big or small, with the same refreshing simplicity: ‘interior architecture is just like a large prototype – it’s a one-off piece of furniture,’ he says. He is unfazed by unusual requests, and when invited to come up with a new concept car for Renault (‘a fantastic adventure’) he spent a year and a half working with specialist craftsmen making a scale model with interior and exterior finishes meticulously detailed.

He believes any project’s success is determined not by the product, but by the people behind it. ‘Everything always begins with a friendship,’ he says. Despite his long-standing desire to work with manufacturer Cappellini, he regrets that ‘when we finally met, there was nothing’.

By contrast, he hit it off instantly with chef Alain Ducasse for whom he initially designed some tableware before landing the interior of the Plaza AthÃ©nÃ©e restaurant and bar. He has since been given carte blanche to create Be, a bakery/deli in Paris and Spoon, the luxury restaurant in Saint Tropez.

When Cassina approached him three years ago, he took a while to get over the initial shock. ‘I only wanted to impress the company and that’s not a good thing. I had to [leave out] any “fashionable” ideas, and create something I liked,’ he says.

Despite a clear brief to design a sofa, Jouin’s first response was a chair, Mabelle, which was inspired by the idea of fabric draped over a frame. ‘I didn’t think [Cassina] would manufacture it – when [the manufacturer] went ahead it was a total surprise,’ he says.

From the front, the chair appears deceptively conventional, but in profile it’s more radical with the sides sharply cut away, revealing the stainless steel frame, ‘you can see the guts of the chair, you can see her soul’, explains Jouin. He is fascinated with the relationship between the interior and the exterior of objects. In contrast with the lightness of the chair, the other pieces in the range are notably monumental.

A round table, Lebeau, mushrooms up from the floor like a heavy sculpture and the Rond range of side tables and coffee tables is reminiscent of Samsonite suitcases, with their concealed storage and space-age, monolithic appeal. Jouin confesses he is not naturally neat. ‘I wanted to design something where you could hide all your mess when friends come over,’ he says. The range was clearly inspired by office furniture and some pieces look rather like sleek, domestic filing cabinets.

Finally, the Kami sofa, with its modular design and removable covers is fluid and sensual. ‘These objects express themselves very, very softly’, says Jouin, who terms the product a reaction against hard minimalism: ‘a sofa that is designed with hard lines and angles makes a beautiful drawing, but you don’t really want to sit on it. You have to give humanity to the object’. With no sharp angles, the charcoal piping expresses the drawn pencil line of initial sketch, tracing the seating contours to give visual definition, which prevents the finished piece from looking globular.

With two restaurants (MIX in New York and Spoon in Gstaad) as well as a range of Lexon office accessories in the pipeline, Jouin is ready for his next challenge. ‘I dream of designing a beautiful lamp’, he smiles. ‘It will happen.’