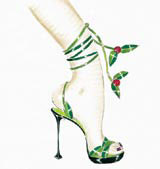 The Design Museum and British Council are collaborating to create an on-line research archive on the most influential British and British-based designers and architects of the 20th and 21st centuries.

The archive, called Design in Britain, launches on 1 November at www.designmuseum.org and www.britishcouncil.org.

It will initially feature information and images on 40 designers and architects, but will be expanded over time.

Each of the entries will include an essay, or question-and-answer session on the designer’s work, a biography and bibliography, as well as links to relevant websites.

British Council head of design Emily Campbell, who describes the planned archive as ‘a lucid commentary on British design’, says the site was driven by demand from ‘people all over the world, hungry to know how [designers such as] Tom Dixon and Vivienne Westwood have done what they’ve done’.

The project is an expansion of the existing Design at the Design Museum archive, which holds information on international designers featured at the museum.

Game to score with ArtScience