The Royal Museums Greenwich has new branding which aims to better represent all of its London museums, rather than focusing on those dedicated to the sea.

The branding has been created by consultancies Jane Wentworth Associates (JWA) and Intro, with the first leading on strategy and the second on design.

The old logo was comprised of a serif, all-caps logotype alongside splashing water imagery, which was “confusing” and “did not effectively represent the full Royal Museums Greenwich offer”, says JWA.

The new visual identity will be used by the museum parent group’s four attractions, with each one adopting the redesigned logo and replacing “Royal Museums Greenwich” with its name.

The vertical line dissecting the “G” mimics the Greenwich Meridian Line, which theoretically dissects the east and west of the world in the same way the horizontal Equator line separates the north and south.

The emblem could also symbolise a globe, a clock and its hands, and an old-style nautical navigational instrument, according to the consultancy. 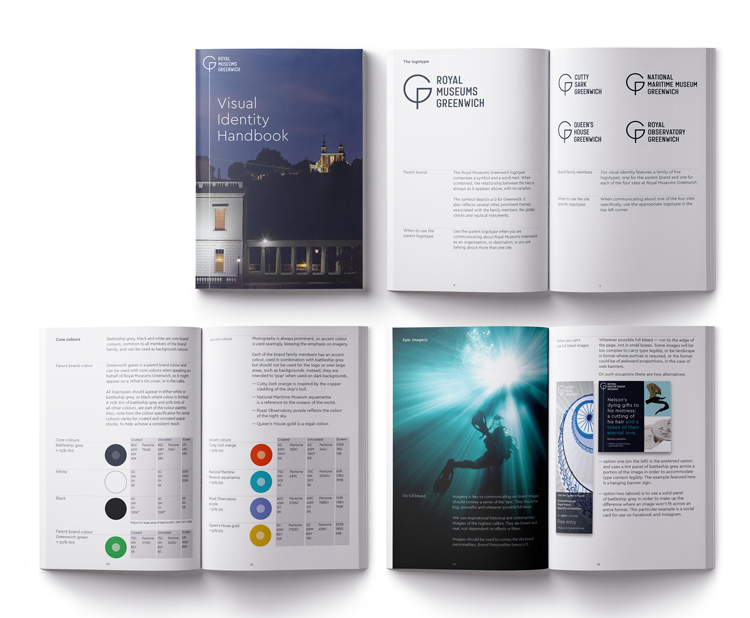 A line extending from the “G” is used as a visual device across communications, while a colour palette of black, white and grey has been incorporated alongside “inspirational” images that show “all kinds of people exploring the world”, says JWA.

Royal Museums Greenwich’s new branding begins rolling out this week across online platforms, print and marketing material, and on-site at all of the museums. 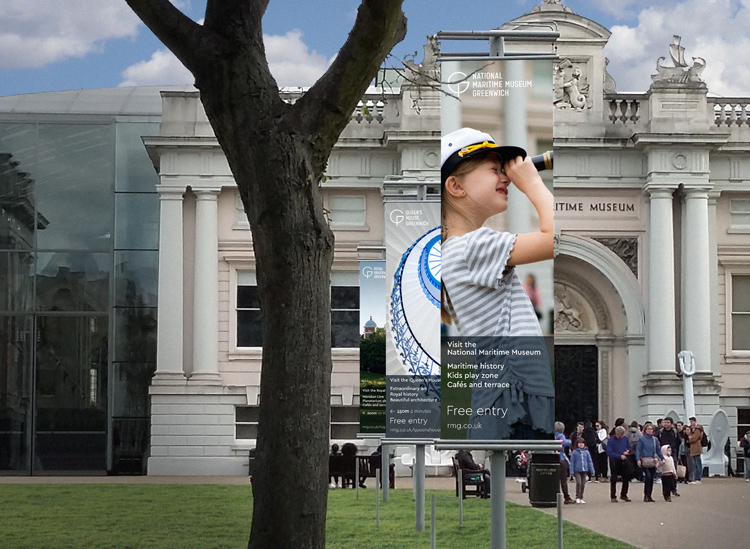 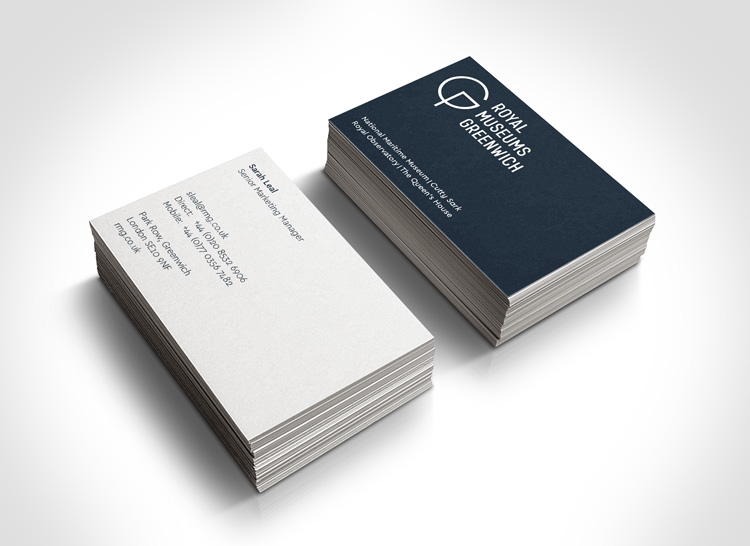