The Museum of London is seeking designers to create a visual identity to match its expanded ambitions as it moves into a new site in 2024.

The museum was originally opened in 1976 and is home to the London Collection, a group of over 7m objects which represent more than 10,000 years of the city’s history. Its new site at Smithfield’s former meat market hopes to be both a cultural and social destination.

The identity should be “all-encompassing”, the museum says. It needs to “enrich the understanding and appreciation of London and Londoners — past, present and future”.

“Where the city’s stories cross and collide”

The museum says: “This new identity will form the cornerstone of an overarching brand architecture that not only responds to the museum’s transformative missions across both of their sites in West Smithfield and Docklands but also reflects their strategic plan and brand framework.”

The museum’s second site, Museum of London Docklands, will remain at its current location in West India Quay.

The museum says that it is particularly interested in working with start-ups and SMEs who could approach the brief individually or form a partnership. It adds that it will consider anyone who brings an “innovative approach” to developing an identity.

The identity should match the changing aims of the museum itself, which will have a restaurant and performance space. The museum’s head of communications Andrew Marcus says: “Our ambition is to create a shared place in the middle of it all where all the city’s stories cross and collide.

“Our existing visual identity has served us well, but our research tells us it does not reflect our vision for the future.” 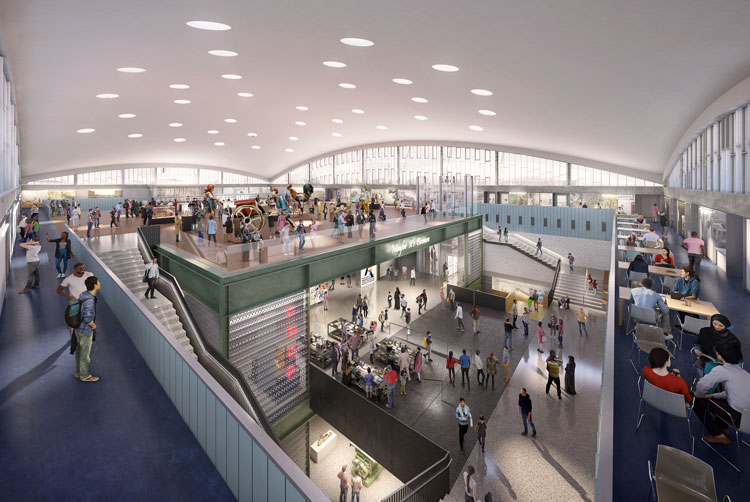 The museum has been planning the move from its current site at London Wall in east London for some time now. Last June, renders were revealed of the new site which seeks to be a “world-class, 24-hour cultural destination” with the capacity to welcome over 2m visitors a year.

The site has been designed by architectural practices Stanton Williams and Asif Kahn working with Julian Harrap, a firm which specialises in the redevelopment of historic buildings.

The museum recently put out a tender for the design of a £2m exhibition space, a 540m2 underground area built in the 1960s to house Smithfield poultry market’s cold storage.

Submissions for the visual identity project are due midday on 16 September 2020. For more details, please check the website.