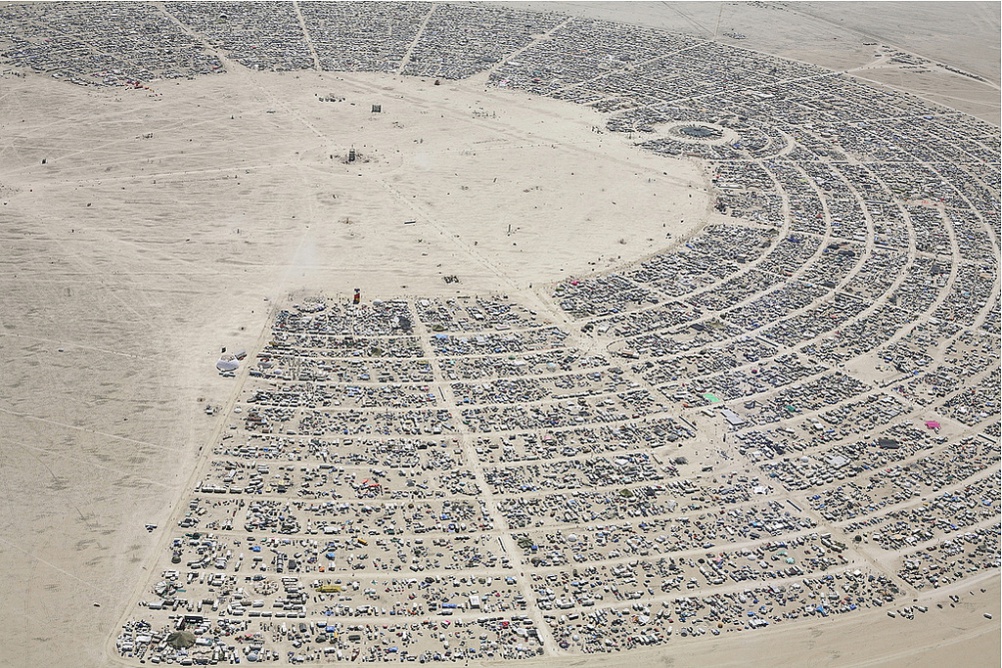 Burning Man, the annual festival which takes place in the Black Rock Desert in Nevada, US, has put out a call for entries for an international design competition as it looks to find “a new spatial and geometric masterplan” for Black Rock City.

The “city” attracts 50,000 people every year appearing on the last Monday in August, and ending on the first Monday in September.

Each year the festival is curated around a new theme and large scale art installations are commissioned but the city always follows the same plan.

In a statement entitled The Black Rock City Street Plan Competition, Burning Man says: “The existing plan has served the community very well, but by creating new city plans, we can create a new world every year.

“Urban planning is just as much a form of art as sculpture so why not explore what is possible?”

Burning man describes itself as: “a temporary metropolis dedicated to community, art, self-expression, and self resilience.”

Entrants need to follow several criteria including keeping within the existing pentagonal boundaries of the event. Last year’s plans can be used as a guideline for this. A large open area needs to be provided for art installations, it needs to be easily navigable and regular installations The Man and The Temple need to be the “central focii” of the city plan.

The design competition will be organised in two stages. Stage one requires a single page drawing, sketch or rendering of the design along with a brief statement about ideas for further development.

These will be made public and after a stage of public feedback will be submitted to the Burning Man management team for review.

The final decision will be made based on a “a combination of popularity, logistics and space considerations.”

Stage one will open for entries this autumn and be open until the end of the year. The earliest it would be implemented is 2017.

The process will be managed by The Black Rock City Ministry of Urban Planning, which is made up of camp organisers and artists.