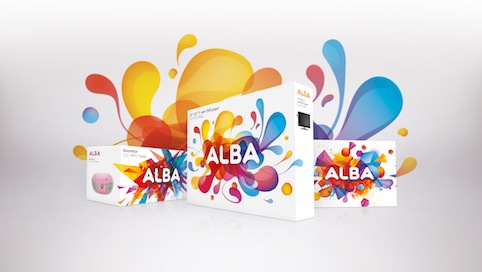 Elmwood has designed a new visual identity for Argos-owned electronics brand Alba, with the aim of making it accessible for “cost-conscious” and younger customers.

The new brandmark, which features a white logo against various multi-coloured backdrops, aims to appeal to a “younger audience” with a “fun, energetic” look, says the consultancy. 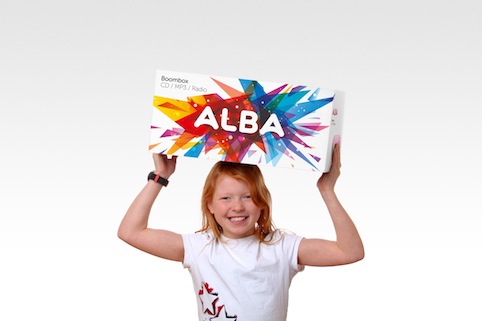 Elmwood says it wanted to create a “colourful, bold, expressive and confident” marque that would reflect the “vibrancy” of kids’ and teenagers’ lifestyles. The design was inspired by television, music, films and social media.

The consultancy adds that the bright colours reflect those of the Alba products themselves.

Steven Shaw, design director at Elmwood, says: “Our challenge was to appeal to a younger audience, while also deliver an attractive value position to modern tech shoppers.

“We’ve created an identity that speaks to the key technology ‘wants’ for both audiences by communicating a bold tech attitude alongside carefully pitched price messaging.”

Alba was originally founded in 1917 by Alfred Balcombe. Argos parent company Home Retail Group purchased the electronics brand in 2008, and its products – which include televisions, radios, tablets and mp3 players – are now sold exclusively at Argos.

It aims to market itself on value pricing for technology, with a tablet costing roughly £60.

The new branding is currently rolling out across packaging, digital and print assets, and within product software.