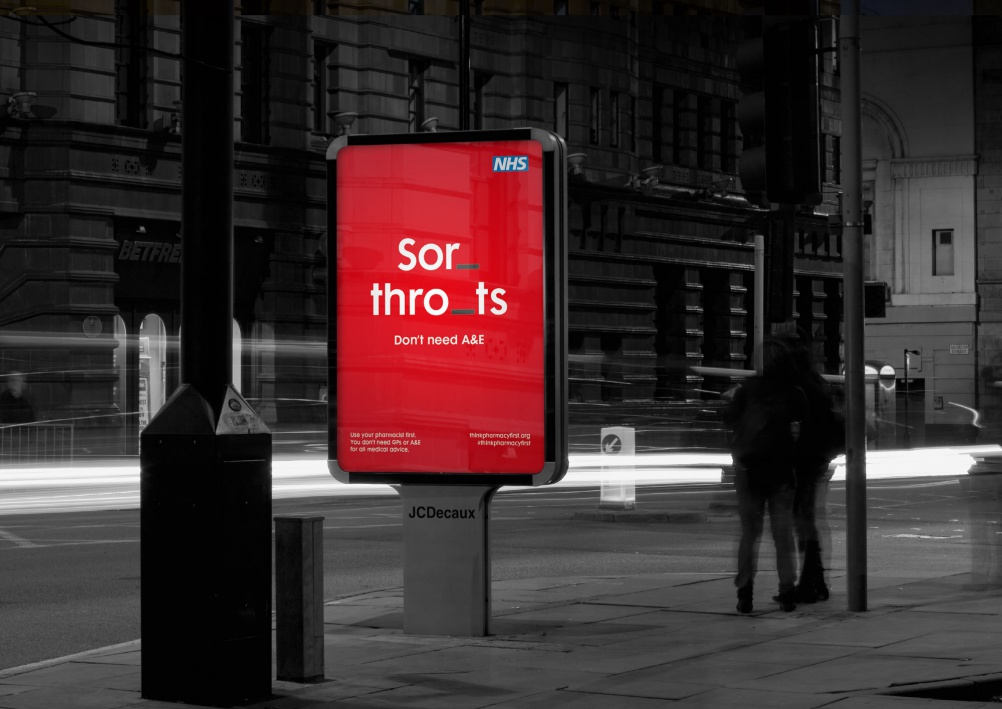 In-house Manchester City Council design studio M-Four has designed a campaign encouraging people not to use A&E departments by omitting the letters “A” and “E” from a series of minor ailments.

The campaign which is rolling out across the Manchester area includes phrases such as “sor­_ thro­_ts don’t need A&E” and “Influ_nz_ doesn’t need A&A”.

The awareness campaign has been designed for touchhpoints including outdoor ads at bus stops and on busses as well as t-shirts and tissue box packaging. 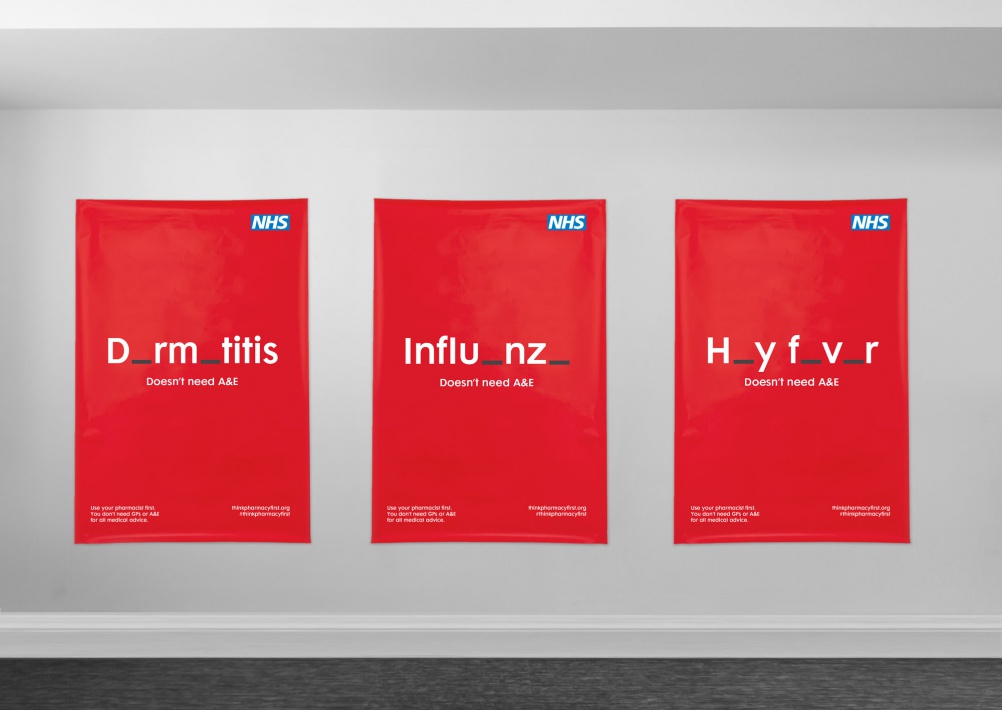 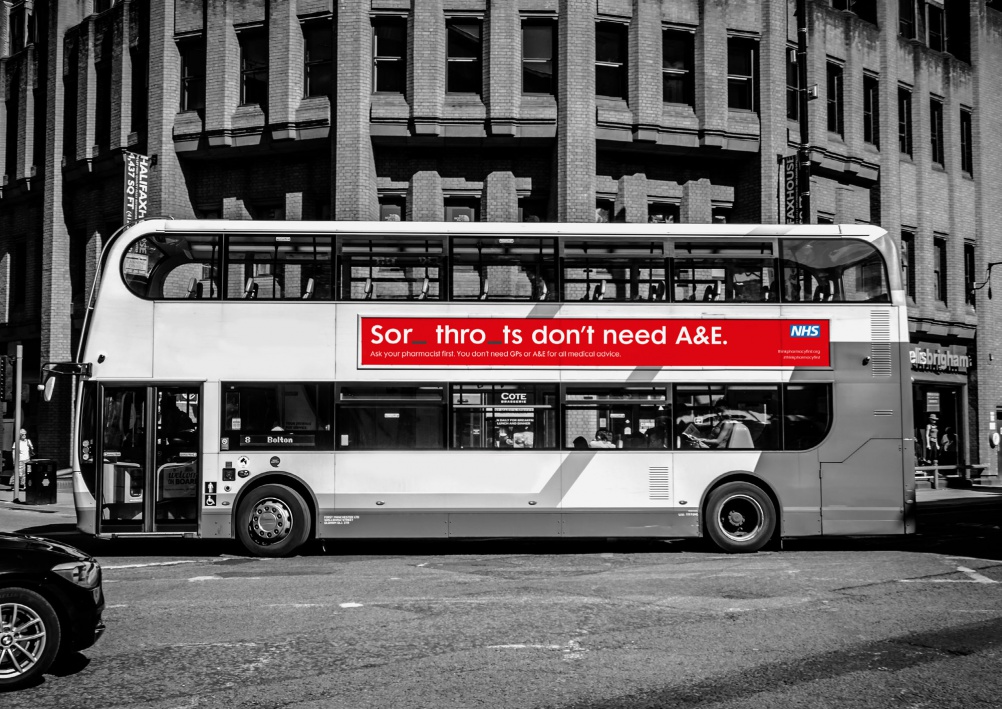 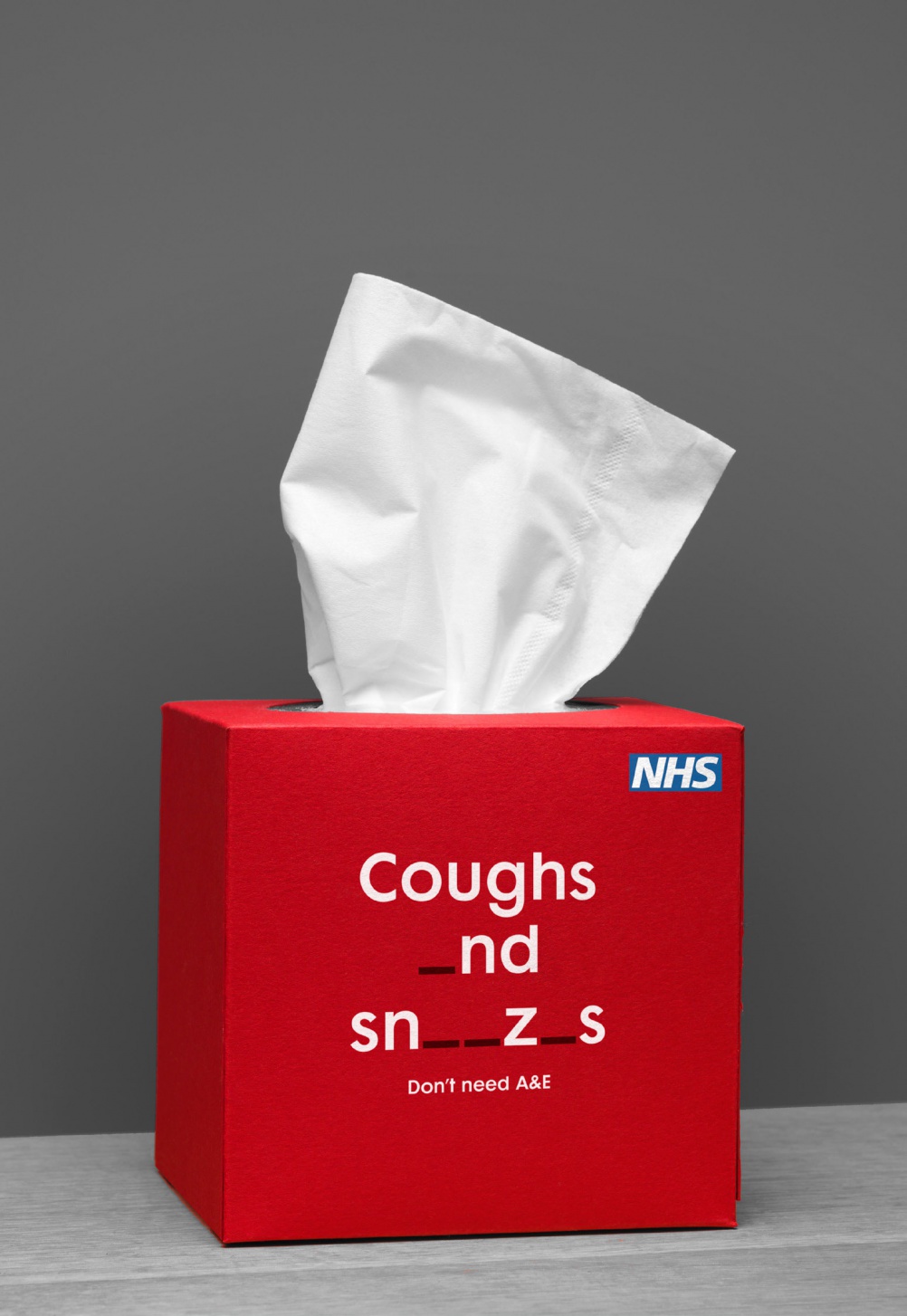