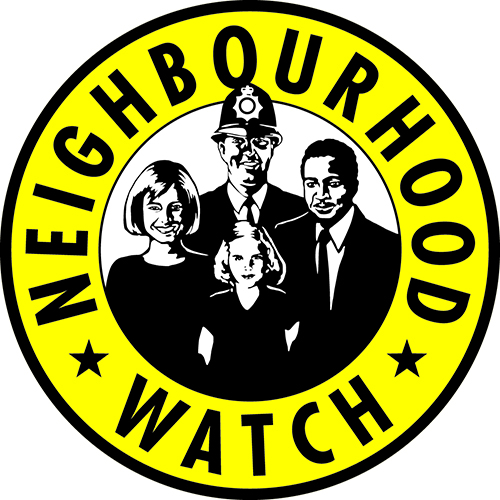 Partner Paul Mellor says: “We have recently been focusing our attention on the original Neighbourhood Watch logo – yellow roundel, with black type and four characters depicted in the centre. The mark has become one of the organisation’s most recognised brand assets.”

Mellor – who says the identity has stood the test of time since its design in 1982 – is hoping to meet the designer “to discuss the original brief and rationale.”

Despite uncovering a few leads Mellor is still in the dark so he is appealing to the design community to help find the designer.

He does know the first Neighbourhood Watch scheme was launched in 1982 and understands that the logo was designed for a pilot scheme in Hurlington, Fulham, prior to this date.
Mellor believes that the Centre of Information (COI) probably commissioned the design. This government department handled all design, marketing, ad and creative work up until 2011, when it was disbanded.

This means it was designed by either an in-house designer at the COI, a design studio on the COI’s roster, a freelancer, or Mellor believes someone within the police force connected to either the Metropolitan Police or Cheshire Police.

Mellor says: “An interesting twist is the discovery of a trademark application in 1989 by Ann Gulliver, granted in 1991. However, in 2003 the Government successfully claimed the roundel was Crown Copyright, which might support the theory that it was designed by COI. But who is Ann Gulliver?

“Was she a design supplier commissioned by the COI who applied for the trademark when Neighbourhood Watch started to take-off? It wasn’t unusual back in the 80’s and 90’s for terms and conditions of a Government design contract to state all copyright vested in works produced, rests with the commissioning government body – Crown Copyright.”

Do you know who designed the original neighbourhood watch logo?

Burning Man calls on designers to redesign the festival