Hamburg-based branding studio EIGA is behind the new look, which aims to “supercharge the brand for a new era”.

Mouz was established in 2002 and was one of the founding members of G7 Teams, an association of professional esports teams.

The team currently competes in a number of divisions worldwide, and has found success within its Counter-Strike: Global Offensive team.

Designing for the future of esports 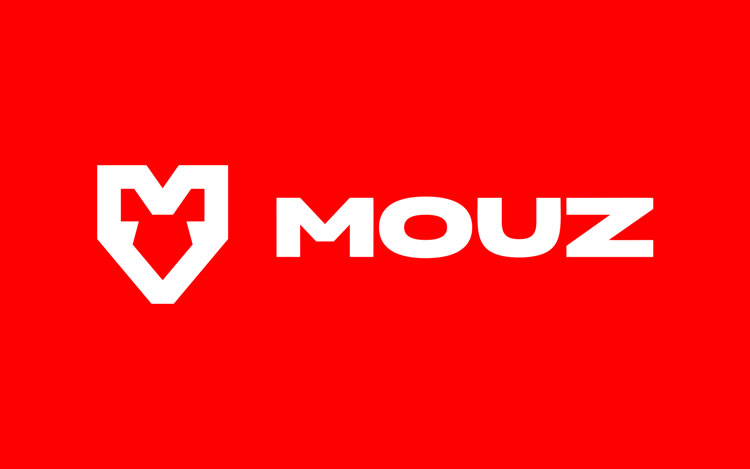 “There has been a change in the management and after nearly 20 years the old logo was completely outdated,” says EIGA managing partner Henning Otto says. “There was no perspective on how to deal with it in the future.”

Though EIGA discussed taking an “evolutionary step” based on the old logo, the design team eventually decided that a complete overhaul was necessary to embrace a new era, explains Otto. 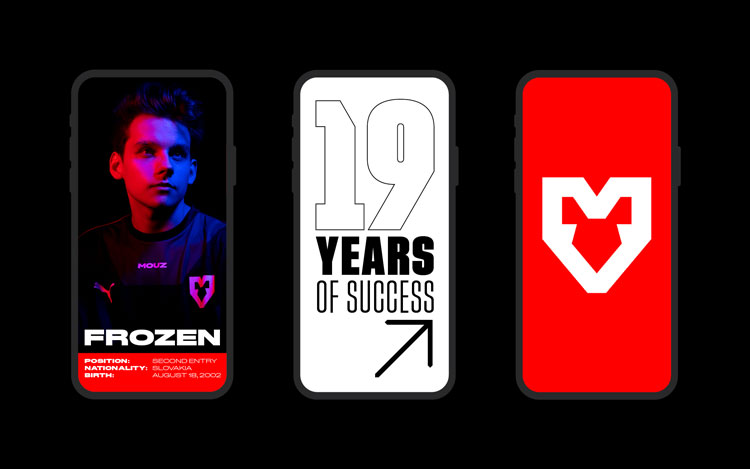 The new “punchy, shorter” name is however a nod to the team’s heritage – Mouz has been used as a nickname for the brand since its early days, according to the designer (Mousesports has been retained as the company’s name).

The new badge now combines a mouse face with the letter ‘M’, which together resemble a sports badge. The bade is housed within a heart shape, which “expresses the passion of the players and the community”, adds Otto.

The wider identity is inspired by in-game elements, Otto explains, which include crosshairs, power indicators and directional indicators. These can be seen in the new system of iconography, for example.

The typeface is a modified version of Staff from type foundry R-Typography. “In particular, the numbers were changed to make the back numbers for the jerseys and the championship results stand out,” says Otto. The ‘M’ was also redesigned to match the logo.

Last year, Design Week reported on the rise of branding in the esports sector and how designers are engaging with the booming industry. One challenge identified was how fans reacted to change. Otto explains that EIGA worked with Mouz management to craft the new brand positioning and identity.

“All in all, the rebranding was celebrated by the Mouz team, the Mouz management and welcomed by the majority of fans,” he says. “Of course, some fans complained but that also died down pretty quickly.”

What do you think of Mouz’s rebrand? Let us know in the comments below.