In a Minute and A Bare Bear, by Here Design 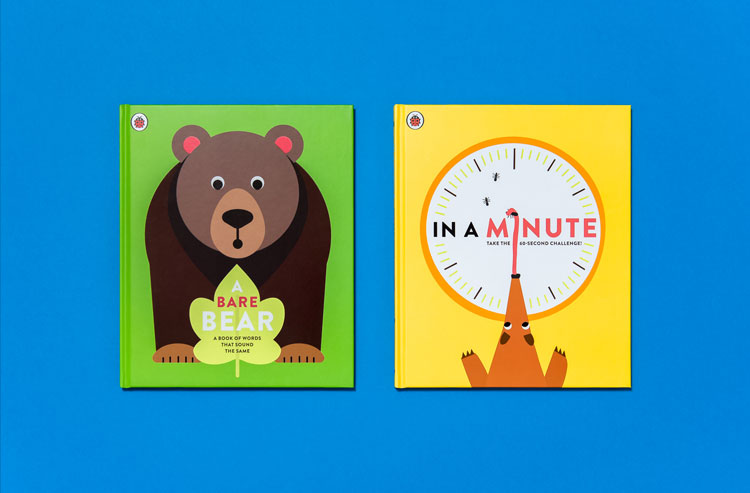 Here Design has created two children’s books that aim to be both visually appealing and challenge children with physical and mental activities. In a Minute asks its readers to perform various tasks within a minute, such as star jumps, while A Bare Bear looks at the quirks of the English language, and helps children understand homophones – words that sound the same but have different meanings – and homonyms – words that are spelt the same but have different meanings. The whimsical books feature flat, colourful graphics of animals that aim to help its readers absorb the information. The books are published by Penguin. 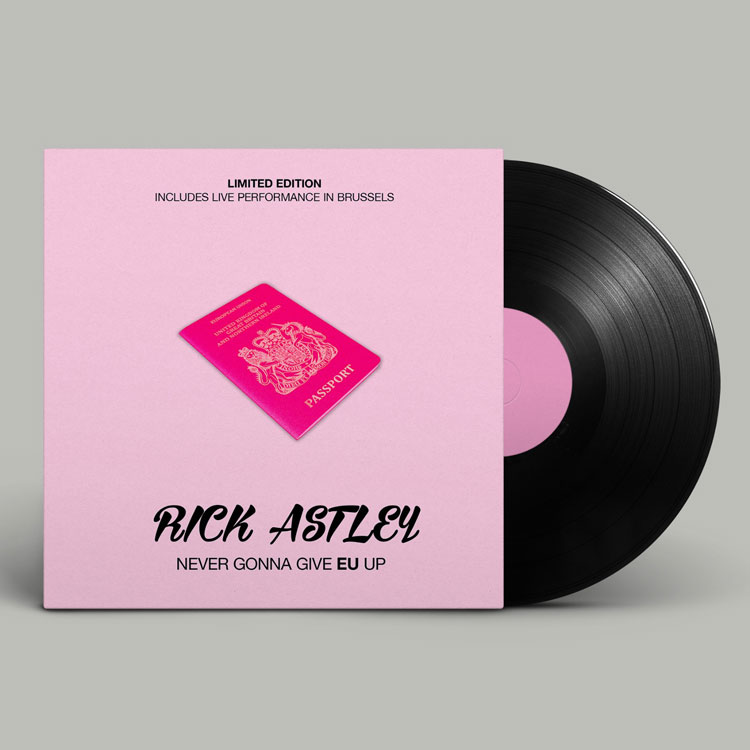 This Brexit-inspired vinyl project is full of European Union-related puns – designed in time for Eurovision 2019, Dunes has created five vinyl sleeves which reinterpret popular song titles to reflect people’s feelings towards Brexit. This includes Rick Astley’s Never Gonna Give EU Up and Sinéad O’Connor’s Nothing Compares to EU. While the bespoke vinyls cannot be purchased, you can view them all on Instagram.

The Departure Lounge, by The Liminal Space and The Academy of Medical Sciences 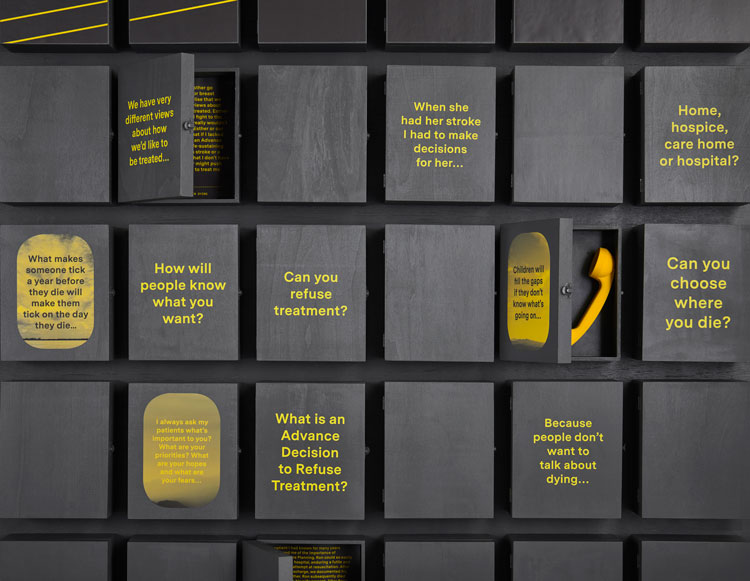 Design studio The Liminal Space has worked with The Academy of Medical Sciences to create an installation that looks to challenge the stigma around death. The temporary exhibition, which was based in Lewisham Shopping Centre for a month and designed to look like an airport departures lounge, shed light on several subjects, including advancements in medicine that helps people when dying, and a departure board answering questions about the end of life. Medical experts also took at “departure gates”, discussing end of life care and death with visitors. The project aimed to break down taboos around discussing and thinking about death, and help people think about how to accept death and deal with it more positively.

Plants Not Pollution, by Fieldwork Facility 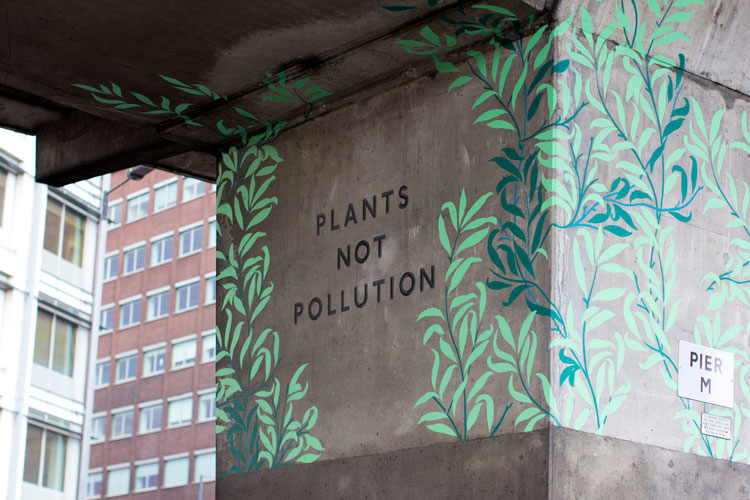 Fieldwork Facility has designed supergraphics for the Hammersmith Flyover in London, that celebrates a planting project that has improved the space and air quality under the bridge. Planters were previously introduced under the flyover that capture carbon emissions from the cars passing over, reducing the harmful impact on pedestrians. Fieldwork Facility has created leaf-based illustrations that wind up the legs of the flyover onto its underside, along with the slogan “Plants Not Pollution” set in a sans-serif typeface. The illustrative style has been inspired by late textile designer William Morris, famous for its floral patterns, while the typeface has been inspired by the typographic style of Edward Johnston, best-known for creating the London Underground branding. Both designers lived in Hammersmith. The project was commissioned by Hammersmith and Fulham Borough Council. 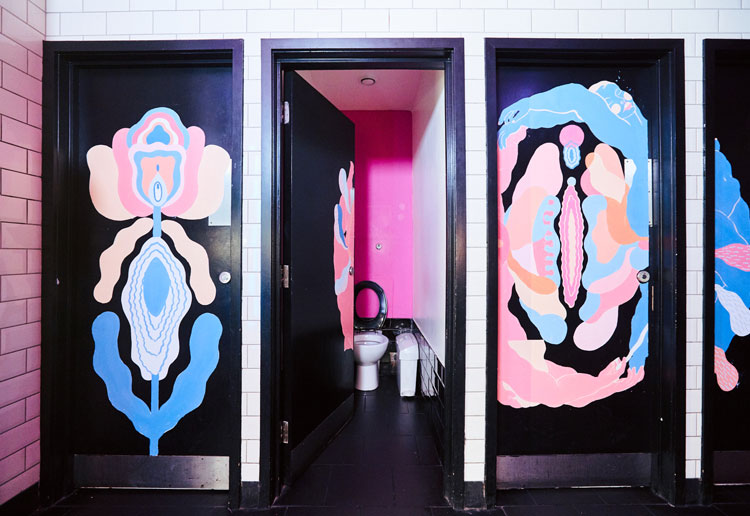 Last year, Bodyform launched its successful Viva La Vulva campaign created by ad agency AMV BBDO, which looked to bust taboos around showing and talking about the female anatomy. As an extension of the campaign, the female sanitary brand has commissioned illustrator Oliwia Bober to create vulva art, which is currently being installed across toilets in pubs and bars in London, starting with the Queen of Hoxton in Shoreditch. A tongue-in-cheek nod to the distinct lack of female genitalia doodles gracing the walls of public loos compared to the large amount of penis doodles, the installation looks to celebrate the vagina and help women feel less embarrassed about theirs – Bober’s illustrations come in all shapes and sizes. 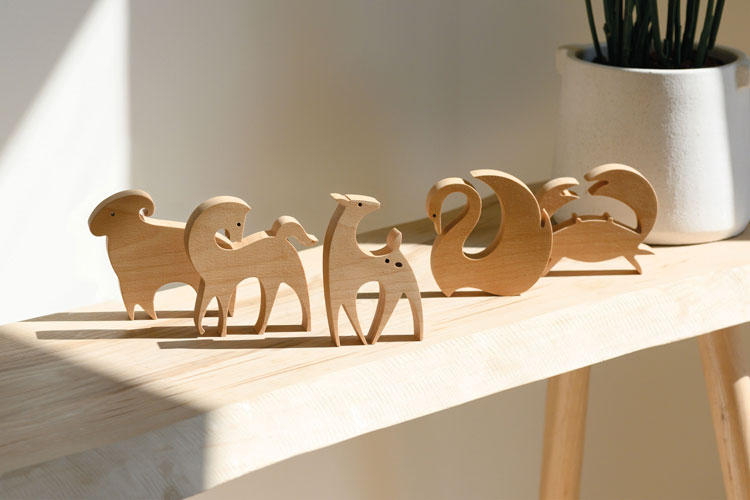 Dn&Co has created the branding for UK hotel chain, Luxury Family Hotels, to mark its 30th birthday. The studio has developed an overarching brand for the chain, as well as five sub-brands to represent its different UK properties of new Park Manor, The Ickworth, Moonfleet Manor, Woolley Grange and Fowey Hall. Each individual hotel has been given a playful, animal mascot that looks to represent each location in some way – such as a ram to represent the wool trade of Woolley Grange, and a deer to signify the deer hunting lodge at New Park Manor. Dn&Co has worked with Barcelona-based Hey Studio on the animal illustrations. The overarching branding isa simple, sans-serif logotype, while a serif is used for the individual hotel names. Patrick Eley, creative director at DnCo, says the design aims to be “cross-generational”, and appeal to children as well as their parents and grandparents. “Animal mascots are a rich seam for luxury brands,” he says. “They have a universal appeal and can talk to a sophisticated audience when used discreetly but can be playful and irreverent for a younger audience too.”

Soul of the Nilgiris, by Cleber Campos and various 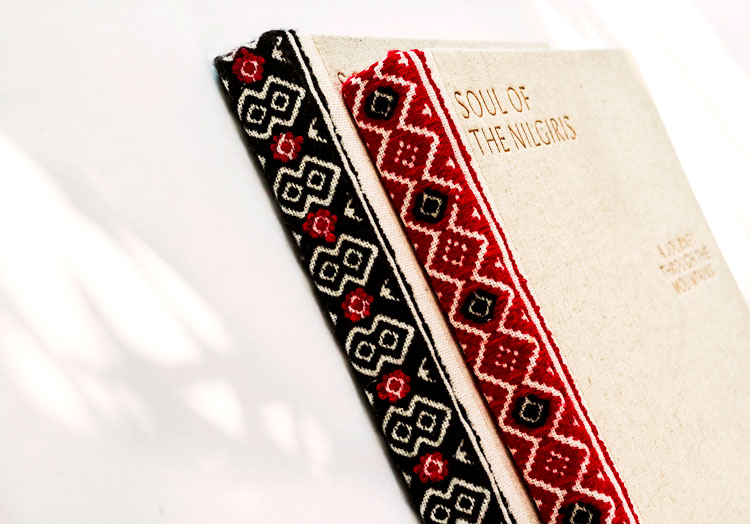 Pentagram London designer Cleber Campos has worked with Indian photographer and author Ramya Reddy on a new book which delves into the history of the Nilgiris mountainous district of Southern India, otherwise known as the Blue Mountains. The book draws on its changing environment and landscape, culture, colonial history and the lives of the indigenous people and tribes who live there. The book has taken nine years to create, and features interviews with locals and over 300 photographs. The design of the book has also involved the local community, as 40 female artisans of the Toda tribe have hand-embroidered the spines of each copy of the book, with over 50 different nature-inspired patterns. There have been 2,000 copies made. 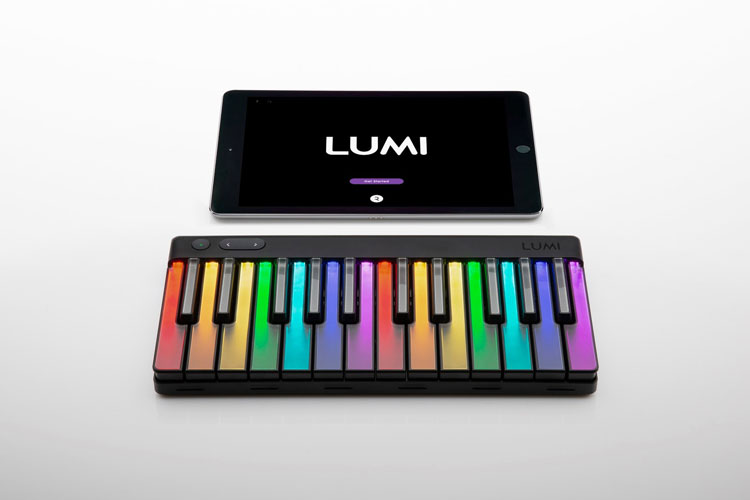 Music technology company Roli has launched a smart keyboard that aims to help anyone learn how to play the piano with ease. The light-up keyboard is connected to an app, which include a library of hundreds of songs. Once a user has searched for and chosen their tune, the keyboard flashes with multi-coloured lights, guiding the user and showing them how to play. It is modular, and can double or triple in size to form a full piano by magnetically snapping multiple keyboards together. There’s also an option for users to improvise, change to more advanced settings such as by reading sheet music, and take lessons via the app to learn basic musical skills such as scales, chords and playing techniques. Lumi is available for pre-order on Kickstarter until 17 July and will ship in October 2019. 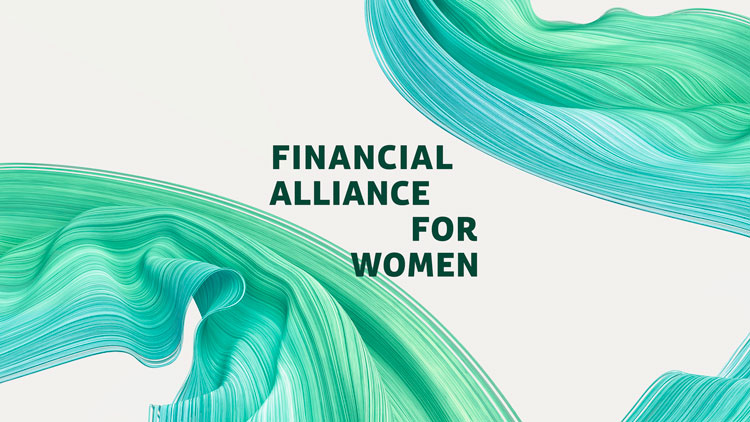 Design Bridge has rebranded the Global Banking Alliance for Women, a non-profit that looks to represent financial businesses that support women and grow the female economy. The studio has created a new strategy, name, strapline and visual identity for the organisation, to reflect how its members have expanded from banking businesses to all financial institutions. Its name has now changed to the Financial Alliance for Women, and it features a wave graphic that looks to represent the “energy and dynamism” of the organisation’s members, says Design Bridge, which appears in both static and animated forms. It also features a bold, sans-serif logotype, and a “neutral” colour palette of greens and blues that aims to “avoid overtly feminine and corporate cues, and help align it with fintech brands”, says the design studio. This year, the Financial Alliance for Women held its annual summit in Paris, France on 17-19 June.

To mark the Design Museum’s 30th birthday, the cultural organisation is putting on a special exhibition that has seen artists, illustrators and designers including Quentin Blake, Frith Kerr and Antony Gormley create interpretations of the number “30”. The show will also include pieces by up-and-coming as well as established designers, and it will be free to attend. The different artworks are multicoloured to monochrome, intricate and illustrative to minimal, and some have been inspired by design icons that feature in the museum’s collection, such as classic British road signage. For more information, head to the Design Museum website.

If you’d like to suggest a project for our monthly round-up, email sarah.dawood@centaurmedia.com.