As part of the overhaul, the consultancy has designed a minimalist and forward-facing polar bear as well as new wrappers for the individual sweets. 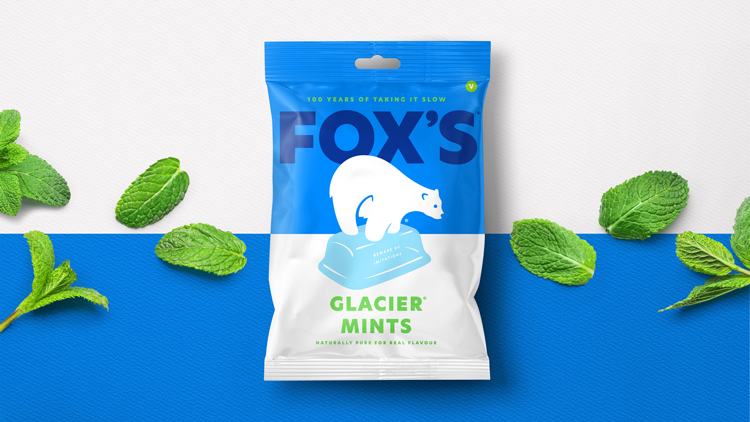 Fox’s Glacier Mints are a boiled mint sweet established in the UK in 1918. Originally developed by confectioner Eric Fox, the brand now sells a range of flavours.

The mint is perhaps most well known for its mascot, Peppy the polar bear, who was introduced into packaging in the 1920s. In its early days, Fox’s even commissioned a taxidermist to shoot and stuff a real polar which was used for promotion.

The rebrand aims to bring the sweet to new audiences, according to Derek&Eric co-founder Adam Swan. Hard sweets like Fox’s are a “declining category” amid the popularity of soft sweets like Haribo and the new branding hopes to “sway it to a younger consumer”, he adds.

There was also consideration for the brand’s slow-paced appeal “in such a fast-paced world”, Swan says. He adds: “In a category where soft sweets that you can chew and swallow quickly are prevalent, it’s a nice brand to be able to say, ‘Okay, take a step back, put your phone down and take it slow for a little while.’”

“In the past, they’ve almost been seen as travellers’ sweets,” Swan adds. “If it’s a long journey, you eat a long sweet.” In reference to this, the caption at the top of the redesigned pack reads: ‘100 years of taking it slow’.

Peppy – who Swan calls “a slow, lethargic bear” – is a primary focus of the new identity. The studio has now made the bear mascot face right instead of left “which seemed logical for a brand that wanted to be progressive and moving forward”, Swan adds.

The mascot has been drawn according to the golden ratio and aims to depict a “happier and healthier” bear, Swan says.

There is also a hidden design detail in the redesigned Peppy. In past promotional material, Fox’s used a cheeky fox character to contrast with the wise, grown-up bear, Swan explains. As a reference to this, the designers have added a fox’s tail behind the polar bear’s legs.

“We wanted to bring the sense of a fox back,” he adds. Swan points out that this hidden detail is also a nod to the founder’s name. The logo’s mint is translucent, which is a reference to the actual sweet’s appearance, explains Swan.

Inspired by the past 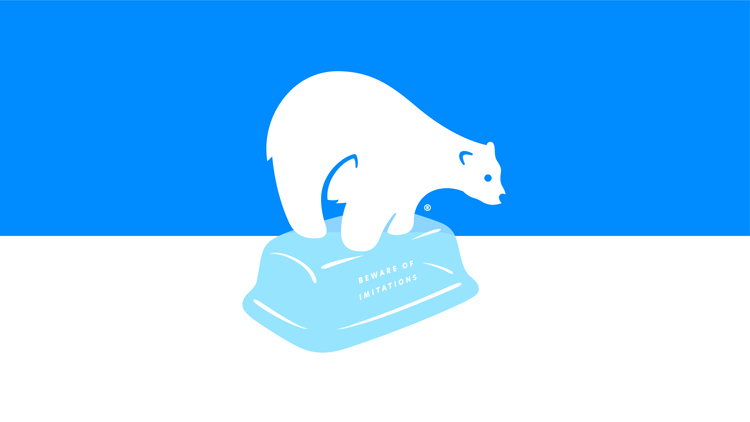 While it’s a departure from previous branding, the new identity fits within Fox’s design history, explains Swan. “If you dig far enough into the past of Fox’s, this aesthetic is what Fox’s used to be,” he says. “It was very flat, very graphic, what I would consider now to be very modern.”

Another detail inspired by the past is the green shade used on the classic flavour’s packaging. “They used to have green packs for Glacier mints and green copy,” Swan says. 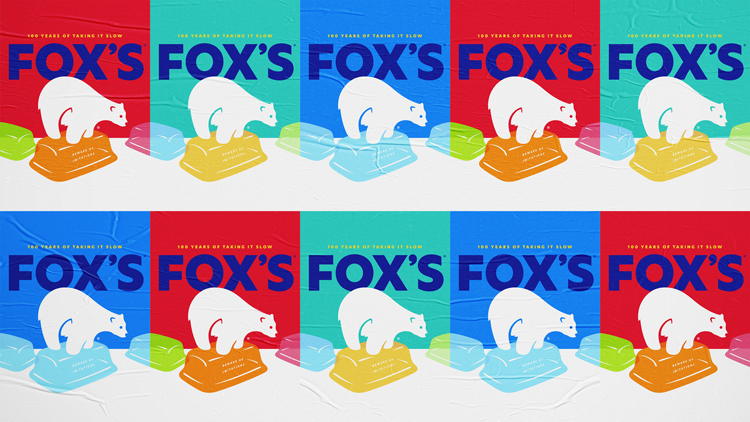 The new “more vibrant” blue used on packaging is a move away from a darker version but this shade was also found in previous branding for Fox’s, according to Swan.

A line from the brand’s history, ‘Beware of imitations’, now appears on the logo lock-up. “The phrase jumped out at us – Fox’s is the hard boiled sweet in a British consumer’s mind,” he says. “It sat really well with the idea of ‘beware of the polar bear’ and ‘beware of Fox’s imitators’.” 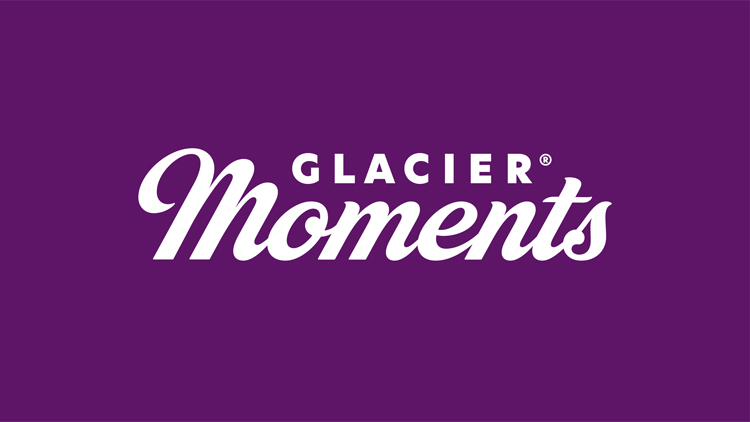 Individual sweet wrappers have been redesigned in line with the new visuals. Swan calls this new pattern a “field of bears and sweets”.

Derek&Eric has also designed packaging for the extended line of Fox’s, which includes the “more refined” Glacier Moments. These depict two polar bears “sharing a moment”, Swan says, and their noses form a subtle heart shape. 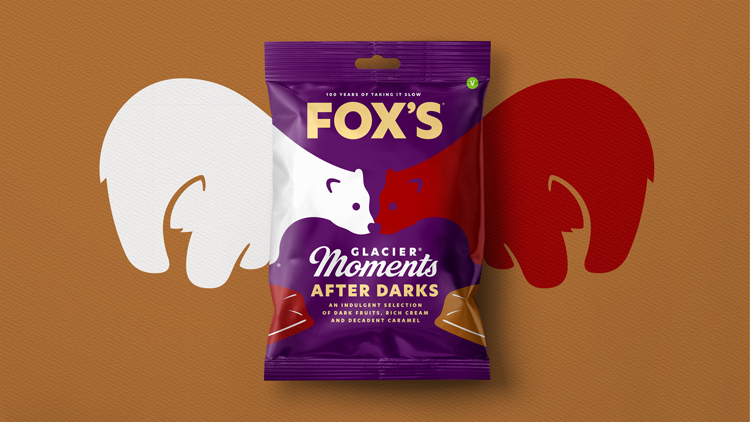 The studio has worked with type designer Alec Tear on a typeface for the Moments line, inspired by a Fox’s poster from the past. “It’s a bit like the Coca-Cola mark,” Swan says. “It feels quite retro but at the same time very modern.”

The main wordmark is based on the previous typeface but has been made sans serif.

What do you think of the new look for Fox’s Glacier Mints? Let us know in the comments below.