Kodak has redesigned its logo for the first time in a decade, opting to bring back a similar iteration of the “iconic” Kodak K first introduced in 1971.

But unlike the 1971 and 1987 iterations of the logo, which saw the word “Kodak” positioned horizontally within the red K, it is now written vertically within the new version.

The new ident sees a marked change from Kodak’s most recent logo update, which had been used since 2006 and featured the company’s name in a red, sans-serif typeface with a yellow underline.

Kodak’s vice president of global brand and creative, Danielle Atkins, says a big part of the inspiration behind the redesign was looking back at the heritage of the brand and the story of Kodak’s founder, George Eastman, “weaving his vision back into the brand.”

Atkins says the decision to bring back the Kodak K was validated when the company carried out brand recognition research, revealing that 58% of respondents recognised the brand from the outline of the logo alone.

“Respectful to the legacy of the brand”

“We wanted to let the logo be new again,” says Work-order partner, Keira Alexandra. “We were extremely careful to be respectful to the legacy of the brand, honouring the science and creative vision of Kodak.”

The announcement comes as Kodak today revealed its Ektra smartphone, which operates on the Android operating system and has a 21-megapixel fast focus camera.

The new logo has now been rolled out across Kodak’s digital channels, and is also embossed onto the back of the Ektra smartphone. 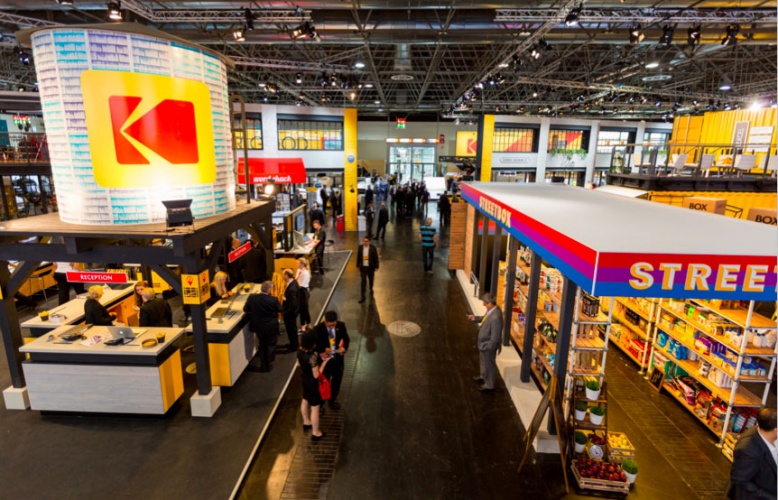 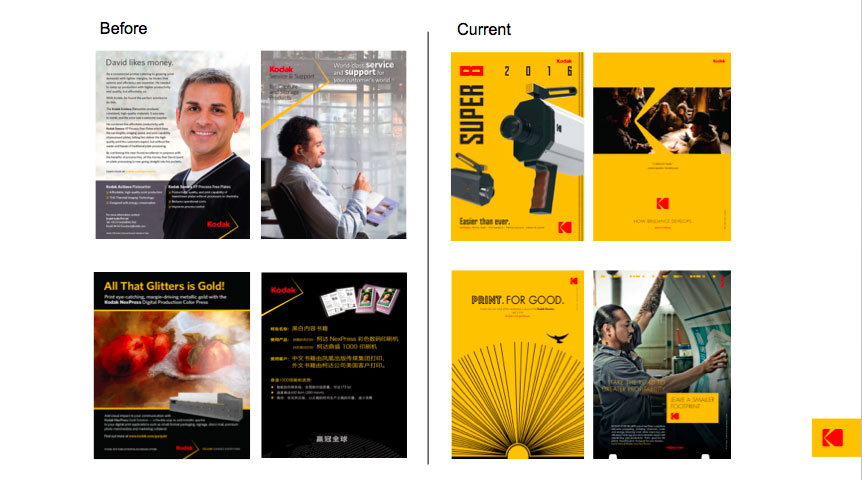