Who: Ian Anderson, co-founder at Sheffield-based consultancy The Designers Republic, has designed everything from record sleeves for Pulp and Supergrass to corporate work for Coca-Cola and Orange. In 2009, the consultancy shut down, but Anderson kickstarted the consultancy as tDR again in 2010. With his roots firmly based in Sheffield, Anderson will be giving a talk entitled “Home is where the art is”. 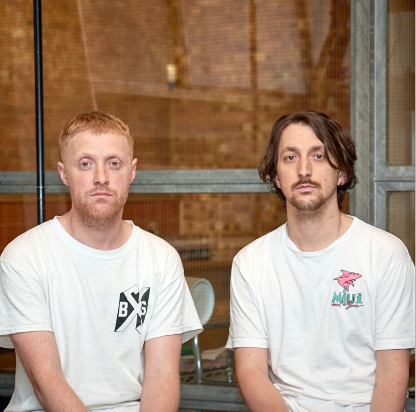 Who: Brothers Luke Powell and Jody Hudson-Powell joined Pentagram as partners last year, having run their own consultancy Hudson-Powell for 10 years. The pair has worked for clients including BBC, Uniqlo, Google and Coca-Cola, alongside working with Wolff Olins on branding projects for EE, Price Waterhouse Cooper and Orange. Come along to their talk to hear them talk about experimentation with responsive typography, augmented reality and other progressive methods in branding.

Who: Morag Myerscough, founder at Studio Myerscough, is known for her colourful social design projects which have graced hospital wards and been part of public art installations. She will be speaking alongside Artfelt manager Cat Powell about her recent work at Sheffield’s Children’s Hospital, and looking at how design can provide a conducive environment for health and healing.

Andy Altmann – Straight Ahead and to the Left

Who: Andy Altmann, founder at Why Not Associates, is behind public branding and graphic projects for clients such as Cheltenham Ladies’ College and Salford Lads Club. Alongside Andy Stevens from Graphic Thought Facility, the pair will discuss their new wayfinding project for Sheffield Institute of the Arts, and will talk about how design can change the way the public engages with buildings through wayfinding systems. 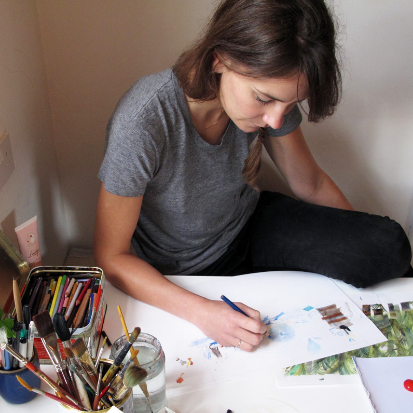 Who: Laura Carlin is an illustrator and Royal College of Art (RCA) graduate working in London, with a distinctive style applied to books and ceramics. Carlin has previously won the Bratislava children’s book illustration awards, as well as the Quentin Blake Prize, and has published her own book entitled A World of Your Own. The New Craftsman, which sells her ceramic pieces, describes her as “as versatile with clay as she is on paper”.

Offset Sheffield takes place at The Crucible Theatre, 55 Norfolk Street, Sheffield S1 1DA. See the full line-ups for the main stage and second stage here and here. Tickets cost £200 for a weekend ticket, and £110 for a day ticket.

All photos courtesy of Offset Sheffield.