Returning for its fourth edition, this year’s Design Manchester festival is currently playing host to 37 different events across 12 days, all centred around the theme of “Design City”.

The team behind the festival, including curators Malcolm Garrett of website design agency Images&Co, and John Owens, founder and creative director of Manchester-based Instruct Studio, say they hope to “celebrate the part design plays in making Manchester and other cities great to live in”.

“Not just our architecture, culture and world-class media, but the growth of start-ups and studios in creative tech, shops for a design-conscious generation and the return of craft in everything from beer to print in the new culture of making.”

On the festival line-up is an eclectic mix of exhibitions, workshops, film screenings and talks. These encompass everything from an exhibition celebrating the work of the late artist and printmaker, Rena Gardiner; to a panel discussion on city identity, including former cabinet minister and now Manchester Metropolitan University chancellor, Peter Mandelson, Designer Republic’s Ian Anderson and Andy Burnham MP, who is currently standing to be mayor of Greater Manchester.

Alan Kitching: A Life in Letterpress 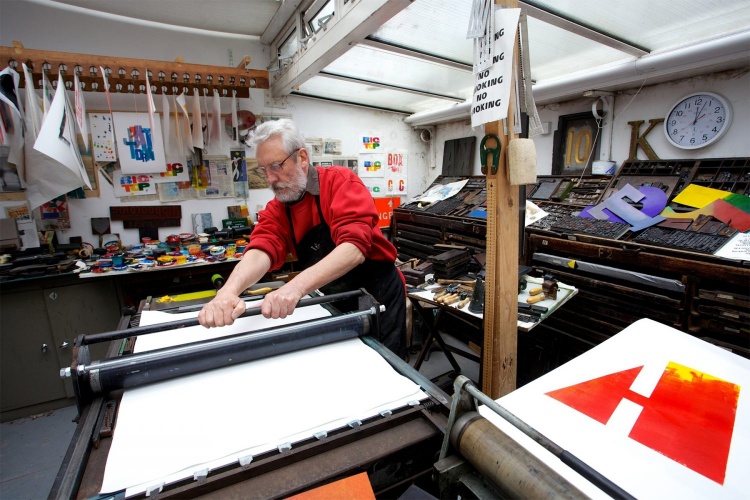 One of the highlights of this year’s schedule is letterpress legend, Alan Kitching, whose touring exhibition – A Life in Letterpress – has found a new home at the Manchester School of Art for the duration of the festival.

Spaced at various intervals around the towering glass metal structure of the RIBA Stirling prize shortlisted Benzie Building, are works completed throughout Kitching’s career, including commissions for the likes of the London Design Festival and the Royal Albert Hall.

Accompanying many of the designer’s finished works are scraps of tracing paper and his sketchbooks, as well as other artefacts such as a black and white photo of a young Kitching from 1956, working as an apprentice at printers J. W. Brown & Son in Darlington.

The exhibition offers an interesting snapshot into Kitching’s inspirations and design processes, while also giving an insight into why he has stuck with letterpress printing’s often “unforgiving” nature, despite being made almost obsolete by digital in recent decades.

“Like any technology it’s tedious,” says Kitching, “but there are some things in printing that you can’t get any other way. The thoughts, actions and the process of doing it might lead you somewhere else.”

Case in point is the special edition of Kitching’s A Life in Letterpress book, on sale at Manchester-based arts and crafts supplier, Fred Aldous, to coincide with Design Manchester.

The edition includes a hand printed letterpress signed print, numbered and wrapped round the book to form a jacket. “I only did 200 of them,” says Kitching, “and all of them are slightly different.” 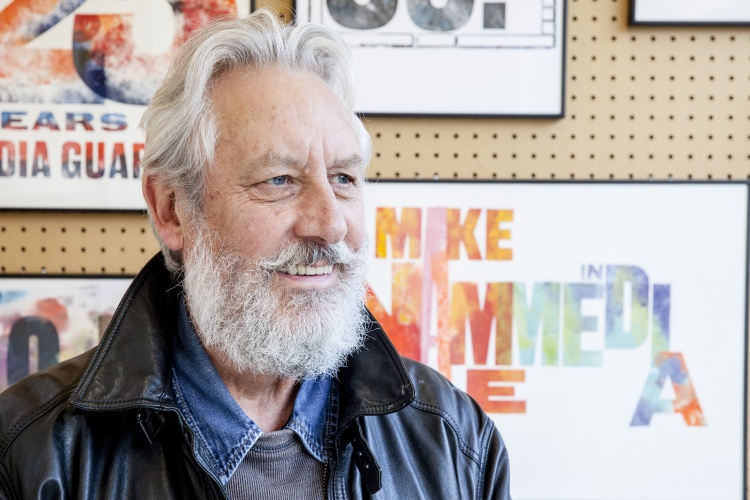 Fred Aldous, which first began life in Manchester nearly 130 years ago, is also home to another Kitching-dedicated exhibition for the duration of the festival.

Alan Kitching: The Manchester Guardian – which replaces the shop’s usual window display – is dedicated to the designer’s more than two-decade relationship with The Guardian newspaper, including his bold red print protesting the Iraq War, with the statement: “Why Iraq? Why Iraq Now?” 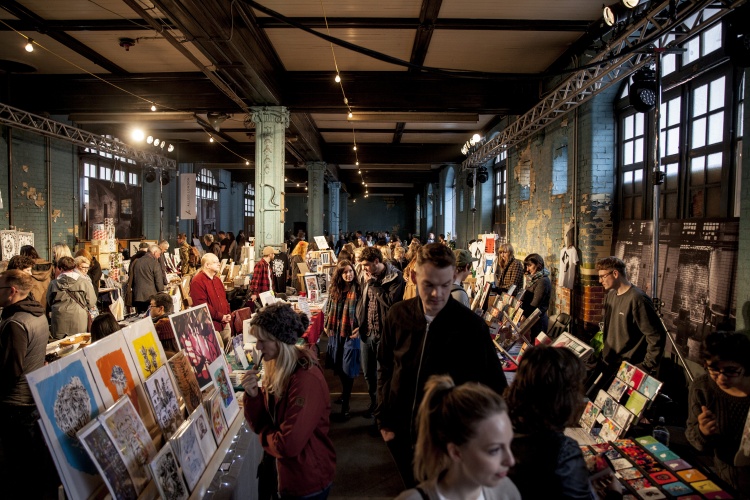 Other highlights so far include the return of the Design City Fair over the weekend, which saw 100 creatives selling affordable works and running workshops on screenprinting and letterpressing, set against the backdrop of the grade II-listed building, London Road Fire Station, which has been closed since the mid-1980s and is currently being developed by Allied London.

Formerly a Victorian fishmarket building, the Manchester Craft & Design Centre is worth a visit not only for its two floors of ceramics, prints and textiles, but also the 49 Manchester-based artists’ customised pieces of work, which form a giant colourful mural representing the front gates of the centre and are on display until 30 October. 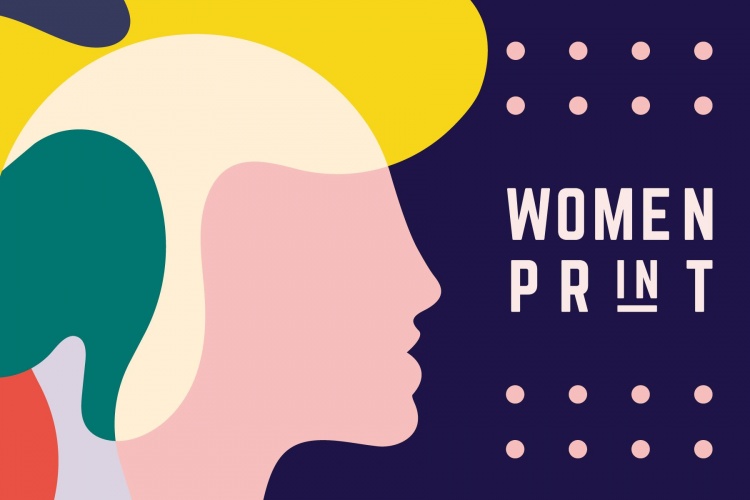 Meanwhile, Women in Print, an exhibition taking place at The Co-op headquarters at Angel Square, sees 16 local designers, print-makers and illustrators pay tribute to the achievements of women who have contributed to shaping Manchester, including suffragette leader Emmeline Pankhurst, and the late comedian, actor and screenwriter, Victoria Wood.

Most of the – largely free to attend – exhibitions will continue to run for the rest of the festival, and a varied selection talks and workshops are also taking place over the next week, ranging from Ladies that UX – a monthly meet up that creates a community for women working in user experience design, to a street art tour of the creative Northern Quarter.