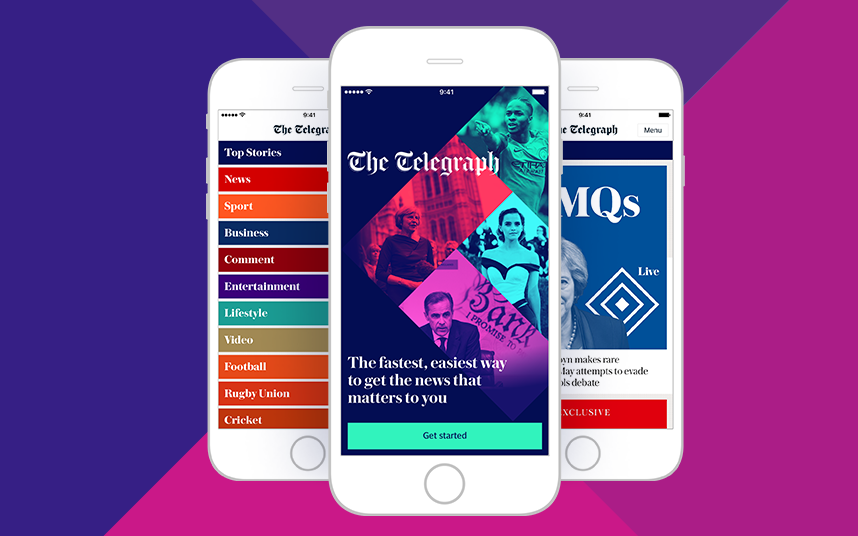 The Telegraph has redesigned its mobile app to “catch up with the mobile market” and appeal to a wider audience, with a palette of bright colours, an animated logo and an interface similar to Facebook and Snapchat.

The app was designed by The Telegraph’s in-house design and digital team, and developed by The App Business (TAB).

It is free to download and the news content free to access. The interface includes a scrolling news feed rather than individual pages for sections, with a Top Stories channel highlighting the day’s biggest stories, and a bespoke menu allowing readers to hand pick their news from 18 sections such as sport, fashion, entertainment and business. Each story has a mini “poster” alongside it.

Jon Hill, creative director at The Telegraph, says the use of imagery makes the feed “much more visual for the mobile user” and akin to the likes of Instagram, Facebook or Snapchat.

“The new app is based on people’s habits in mobile,” he says. “We’re trying to keep up with current smartphone trends. The redesign was about catching up with the market.”

“You just open the app and start swiping”

It also includes push notifications, and aims to be more intuitive to use, and encourage people to stay on the app longer.

“It doesn’t need a heavy tutorial, you can just open the app and start swiping,” says Hill. “Dwell time on the app is also increasing, whereas people would leave it fairly quickly before.”

The Austin News typeface is used across the app, the same one used across The Telegraph’s other platforms, alongside a bright, multi-coloured palette. The saturation on the colours has been turned up on the mobile app to make them more “vibrant” and “intense”, says Hill.

“The newspaper and website is more ‘lean-back’ reading,” says Hill. “Mobile is a more intimate and intense experience. With the small screen size, you really need to get people’s attention. It’s more of a quick fix. The design had to be appropriate for the product.”

The app also includes a shorthand version of The Telegraph’s logo – an animated “T” which aims to “bring the brand to life” and will start to be used as the visual identity across all platforms.

“10 or 15 years ago, newspaper designers looked at typefaces, colour palettes and grids,” says Hill. “Now we’re talking more about animations, transitions, gestures and sound design. The Telegraph is doing a lot of video journalism now, also to bring things to life through movement.”

While the new app definitely has a younger feel, Hill says the reasons for the bright redesign are based on platform rather than demographics.

“My mum spends as much time on Facebook and Instagram as I do, as does my child,” he says. “It’s about making sure the app is appropriate for the device, platform and reading mind-set. Of course, commercially, it’s expected the app will appeal to a slightly younger demographic than our print readership.”

The Telegraph receives 55 million unique visitors via a mobile device per month worldwide.

Editor of The Daily Telegraph Chris Evans says the new app will make the paper’s content “more accessible”, by pairing a “bold design” with “quality editorial” to provide people with “convenient access” to news.

The refreshed app follows the redesign of the print paper, website and iPad edition last year, and comes alongside a new marketing campaign developed by consultancy Adam&eveDDB, which also incorporates the app’s colourful look.

The new app is available to download now for free on iOS and Android via the App Store and Google Play. 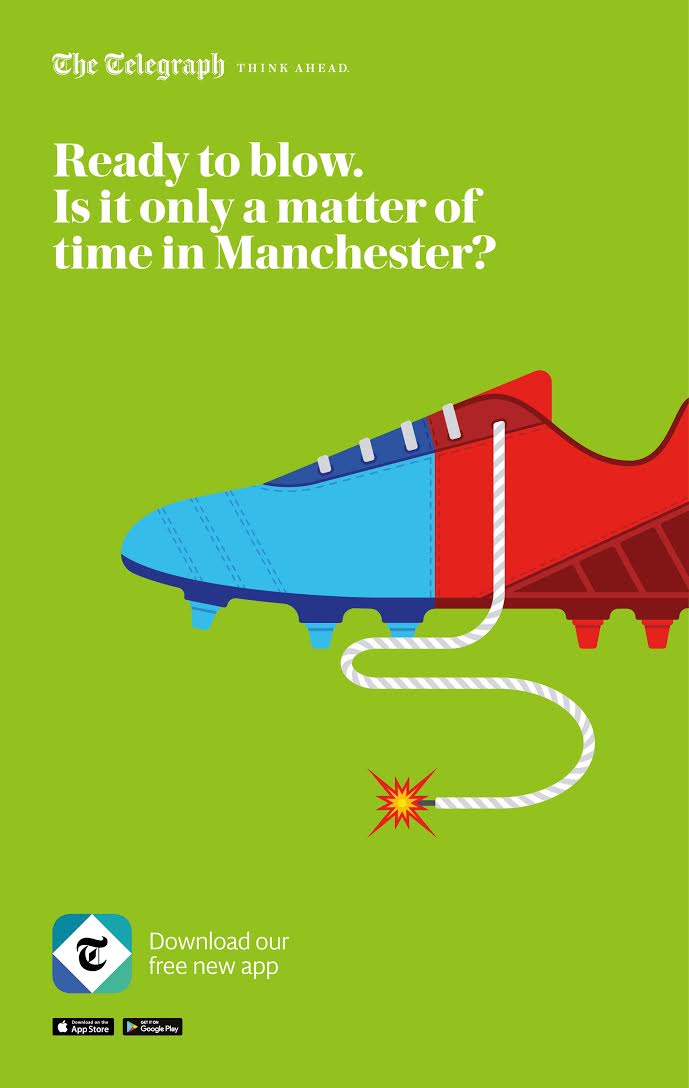 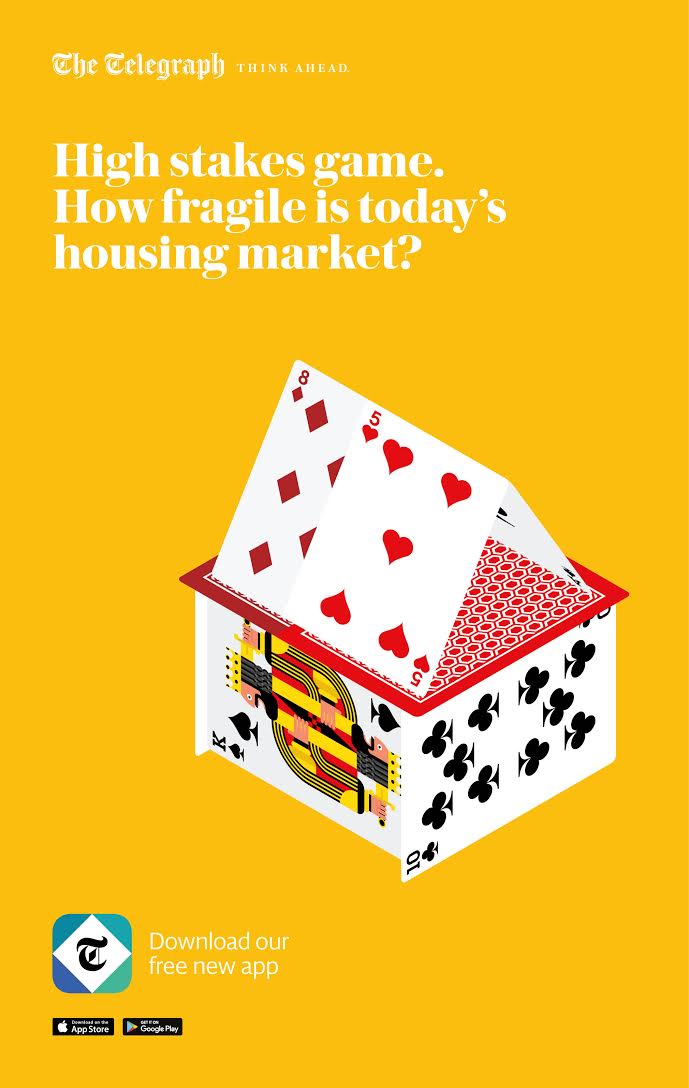