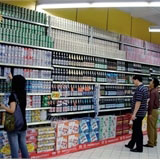 Western packaging consultancies are having a tough time adjusting to the Chinese market, where consumers are likely to prefer local products sporting chaotic packs in bright colours to products displaying the pared-down minimalism favoured by Western brands, says David Benady

The influx of Western brands into China over the past 20 years has led to a degree of cross-pollination in packaging design. Brands owned by multinationals are having to adapt their looks to suit Chinese tastes and culture, while upmarket Chinese consumers are discovering the appeal of ‘sophisticated’ Western packaging design.

However – to the dismay of Western designers – Chinese pack designs are characterised by garish colours, overcrowded text boxes and confusing product ranges consisting of dozens of lines. Forget Western minimalism, lavish packaging and acres of white space. To appeal to Chinese consumers, strong colours such as red – signifying luck and often used at festivals and wedding celebrations – and imperial gold are more likely to go down well than funereal black or simple white.

Western designers working in China and Hong Kong are promoting the idea that branding is about communicating messages and provoking emotional responses rather than simple decoration. But they say it is a long haul to convince clients of this, and misunderstandings abound. One designer created a colour-coded brochure, but the client complained that it wasn’t colourful enough. Landor Associates’ Hong Kong office produced packaging for a line of tights that contained grainy black and white photography, the height of art-house sophistication to Western eyes. But research groups thought this looked cheap and thought it implied that the brand couldn’t afford colour prints. 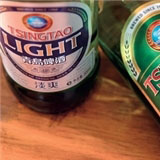 Monica Au, client managing director for Landor Hong Kong, says, ‘Chinese consumers are getting more sophisticated, in the past few years they have had more opportunities to see the world and the world has come to China. In terms of taste, the ideal of what is attractive and high quality is evolving, but there is still a gap between consumer behaviour in developing markets like China and the West.’

Au points out that not all brands use the traditional red and gold colours, and gives the example of Tsingtao beer, PepsiCo’s Poca snacks, developed especially for Greater China, and Procter & Gamble’s Safeguard soap, which appears in vibrant rainbow colours on-shelf.

She adds that grocery brands are sold through giant supermarkets in big cities and tens of thousands of small stores and street outlets in the countryside, all of which have very cluttered shelves. It is challenging to create designs that really stand out, especially since packs often need to contain detailed descriptions about their contents.

As she says, ‘You can see Chinese shoppers standing in the aisles and reading every single word on the packaging; they want to find out everything they can about the product.’ At the same time, endorsements on packaging from celebrities and health and medical organisations prevail, which packaging designs also have to incorporate.

Few Chinese brands have adopted the design cues familiar in other markets, according to Debora Chatwin, group managing director of Enterprise IG China, though there are exceptions. One is Mongolian dairy brand Yili, which uses a white livery and a picture of a cow on the packaging. But Chatwin adds: ‘Branding hasn’t developed very far, it is the larger, state-owned corporates rather than consumer brands that use it. Where consumer brands have picked it up is when they have faced competition from the likes of a Procter & Gamble product.’ 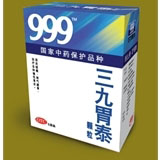 She believes that Western brands are also up against a strong current of nationalism in consumer brand choices. ‘Research has indicated that Chinese consumers will buy Chinese brands to support national companies – unlike the situation in Hong Kong, where they have a more positive attitude to overseas products – so foreign brands have had to work really hard.’

Enterprise has created packaging for two upmarket edible oil brands. One, called Vitoil, dispenses with the typical oil cues of pictures of nuts and vegetables and Enterprise has created packaging that makes it look more like a perfume. It is intended to sit on a shelf in a designer kitchen. Another design is for olive oil Soliva. ‘The approach was pared down, using a simple image of the olive. They wanted an imported look and feel, so it doesn’t have Chinese characteristics,’ says Chatwin.

The consultancy also worked with state-owned pharmaceutical company San Jiu to rationalise pack designs of 80 products licensed to 11 manufacturers. After conducting focus groups across China, Enterprise created the brand proposition ’embracing a positive attitude to the challenges of life’, encapsulated in a common graphic of ‘motion’, with three signature patterns according to whether the manufacturer is wholly owned, a joint venture or less than half owned. From having dozens of different designs, San Jiu has been able to establish stricter controls over branding.

Meanwhile, Brandhouse WTS created a brand for Diamond Trading Company in China called Eternal Girl, with packaging that opens like a flower to reveal a diamond inside. ‘It was built around the insight that there’s a new breed of woman in China, a sophisticated grown-up with experience and more money but at the same time a bit more girly and feminine. It works well in China, there is a new situation where the public and private selves are different,’ says client service director Liz Wilson.

These examples appeal to the upmarket fringes of China rather than the mass market, where packaging is generally used sparsely to keep costs down. As the Chinese economy booms, the proliferation of products – both home-grown and those owned by Western multinationals – will force manufacturers to make use of branding to give their merchandise greater stand-out on shelves and a stronger emotional appeal to shoppers. l