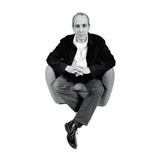 A public consultation that could influence Government policy for the creative industries, including design, is being launched by the Department for Culture, Media and Sport and the Department of Trade and Industry. It is calling on those in the industry to give views on issues ranging from improving networking, to better education and skills, to financial support for management training.

The consultation is part of the Creative Economy Programme, a scheme that aims to raise the competitiveness, productivity and understanding of the creative industries, which, according to the DCMS definition, span 13 sectors ranging from crafts and music to architecture and design.

Working groups have been established to examine the issues across: education and skills, competition and intellectual property, technology, business support and access to finance, diversity and infrastructure. An additional group will provide ‘evidence and analysis’ of the structure of the industries. Designers involved in the groups include John Sorrell, chairman of the Commission for Architecture and the Built Environment, Dyson founder James Dyson and environmental design consultancy DIY Kyoto.

Design sits right at the heart of the three principal sectors covered by the CEP, in the intersection of production, services and arts and crafts, according to an analysis by Frontier Economics, commissioned specially for the CEP. As such, the industry should benefit from policies which will be engineered to reach across all three sectors. ‘It is looking at where the Government can and should make intervention,’ says Design Council chief executive David Kester (pictured top). ‘There are areas where the Government needs to wake up, such as intellectual property or infrastructure. It is the first time a Government department has really focused on what could be done from a political point of view.’

The ultimate aim of the DCMS is to make the UK ‘the world’s creative hub’ and it is calling on those within these industries to provide feedback and guidance on the proposals. One of the many proposals to achieve this is the formation of a ‘creative grid’ – a networking and intelligence-sharing framework creative industries businesses can tap into to improve global competitiveness.

On the subject of intellectual property, the working group notes that although IP is essentially the lifeblood of creative industries, businesses nevertheless face ‘an IP regime that is confusing and restrictive’. It suggests that greater clarity is needed.

There is no indication in the report of how some of the recommendations would be funded, although a DCMS spokeswoman says, ‘We have made no decisions at this stage about what Government policy should be, or to what extent the recommendations will be accepted or implemented.’ However, the CEP intends to ‘join up’ the work that existing bodies are already funding, she adds.

The outcomes from the working groups will be brought together in the autumn, with a conference and conclusions scheduled for spring 2007. After this, recommendations will be made to the Government.