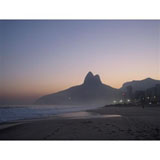 I just got back from Brazil and I must say the whole thing was pretty sketchy – the schedule, design and, indeed, the whole country.

Bradesign invited us ‘to view the reality of Brazilian design’. I’m used to being vague, but they raised it to an expert level. But the trip surpassed all expectations. I got a better idea of their reality – which focused my own.

There are two ways to take ‘sketchy’. You can get upset because it is too rough to conform to your own ideas, or go with the flow.

In my work I find that the value of a rough sketch is that it shows that the idea is not totally jelled. This invites clients into the process. If this piece was not set in type and you were reading my pencil draft, you’d understand it better. 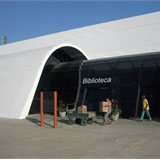 Sketchy is great – it gives room for the imagination. It keeps the process in play. It’s like Kadima (beach paddle ball) – the idea is to keep the ball in the air and players win by playing together (and you should play at the beach).

Brazil’s vast resources of people, energy, land, physical affection and samba equip it better than China or India to lead the post-US world. If it were less sketchy, it’d raise sketchy to an official policy for international domination!