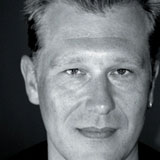 Jim Davies is a firm believer in informal agreements with consultancies, which can be endearingly romantic and often work well – until it all goes wrong

Prenuptial agreements aren’t for the likes of you and I. After all, we don’t live on Mulholland Drive and have our favourite plastic surgeon round for brunch every other Sunday. (I may, of course, have totally misjudged the lifestyle of the typical Design Week reader).

Even so, there’s something horribly clinical and cynical about the whole notion. It removes any semblance of magic and romance from matrimony at a stroke, reducing it to a sleazy, calculated business arrangement. It also assumes the worst – this isn’t going to work, you’re only after me for my money, so we might as well draw up a settlement before we start.

For me, a relationship stands or falls on trust. Absurd blind trust, perhaps, but you’ve got to jump in feet first believing it will work, otherwise you don’t stand a chance. And this is also generally the way things work when I get asked to contribute words to a design project.

More often than not, deadlines are ridiculously tight, with just two or three days’ notice. For regular clients, it’s not uncommon to be asked to turn around a few finely honed paragraphs overnight. So, of course, there’s no time built in to formalise the arrangement with a written contract which sets out what’s required of you, what you can expect to get paid for it, and any contingencies in case matters don’t go according to plan. On rush jobs, small- to medium-sized design groups don’t have the resources to be getting out their wax seals and couriering over quasi-legal documents.

Typically, there’s no time for a well-rounded written brief either, so you’re working on the basis of a phone call, a couple of e-mailed scamps, a few hastily scribbled notes and an awful lot of assumption. Let’s face it, a few headline ideas and a couple of introductory paragraphs generally don’t warrant a day’s brainstorming and a couple of ’tissue sessions’. (I first came across this term a few weeks ago. It was apparently coined by the US advertising agency Chiat Day to describe a kind of no-holds-barred work-in-progress meeting, where people tend to cry a lot because their finest ideas are rubbished – hence the tissues).

There’s an excitement about being up against the clock, trusting each other to pull something out of the bag, a delicious, confident complicity. And miraculously, this kind of seat-of-the-pants gentlemen’s agreement usually seems to do the trick, particularly where you have a solid, candid relationship, and the ability to read between the lines of a scanty request.

However, it’s all too easy to get lulled into a false sense of security. Just when you think you could supplement your income with a spot of mind-reading at the local fairground, the whole house of cards comes crashing down. In most cases, this has nothing to do with the redoubtable design consultancy, it’s that third part of the equation… the client.

Clients can be unpredictable, capricious and difficult, unsure of what they want until they’ve seen the finished article, at which point they know for certain that wasn’t it. No matter how good an understanding there is between designer and writer, there’s no redress to the unaccountable whims and vacillations of the client if there’s nothing in black and white. In such cases, you wish you’d ignored your inner romantic and had all the hard-nosed nous of a Hollywood A-lister. Instead of letting it all hang loose, you long for a tight, supportive brief.