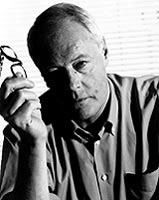 Also speaking as a past president of the Chartered Society of Designers, I entirely endorse Jeremy Rewse Davis’ views on the current state of affairs of the organisation (DW 11 February).

Having been elected president on a platform of integrated representation with other design bodies to Government and industry, I was voted down by the Executive Committee in regard to participation in the Halifax Initiative (now Design Unity). This initiative was created to promote the notion of a communal approach. As a result I resigned.

The reasons for the committee’s attitude remains to this day somewhat obscure, but there is no doubt that it has seriously damaged the CSD’s credibility as a representative body for the design profession.