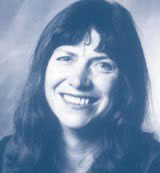 Culture Secretary Tessa Jowell is enjoying a high media profile this week as the selectors check out London as a potential host for the 2012 Olympics. The announcement of a velodrome to be built in the capital, and hints that archrival Paris may not have its facilities in place in time can only fuel speculation in favour of a British success.

In design we’ve heard little about London’s bid for 2012 since the debacle over the launch identity and the free-pitch that resulted in Spencer du Bois winning the job (DW 22 May 2003). London and Edinburgh group Navyblue created the Candidature File (the blueprint for the bid) last November (DW 25 November 2004), but that is about it.

But despite the bad taste that ill-conceived initial pitch left in our mouths, as an industry we should still back the bid. This isn’t a nationalistic plea – or, for those in the regions, an assertion that London reigns supreme. It is a call to reason. Hosting such an international event offers a great opportunity to design, in terms of workload, and a chance to take a leadership role in the cultural fabric of the UK.

Activities surrounding the Millennium brought a welcome boost to the creative industries. The exhibition design community, in particular, benefited hugely from funding for projects, from the ill-fated Millennium Dome on the Greenwich Peninsula to more local celebrations. And the UK was left with a range of visitor attractions, some more successful than others, as designated Millennium Projects opened their doors.

Product design too got a boost through the Design Council-run Millennium Products project – though it was often more about Great British invention than product design as we know it.

The Olympics have had varied long-term effects on host nations. The jury is still out on Athens, host of the 2004 games, but the 1992 Olympics had a huge impact on Barcelona, helping to make it a major European cultural capital. Barcelona’s bid was one of many initiatives by the then local mayor to build its profile – wittingly or otherwise through design. And it worked.

London already has other things in place. Contemporary furniture show 100% Design is an established feature of the international design calendar and has its own ‘fringe’, while the London Design Festival is entering its third year.

As an industry we ought therefore not just to back the bid, but to take a proactive stance towards it. If the organisers had understood the ethics and benefits of good design we might have been spared that ugly free-pitch. Why not take this opportunity to get effective design management more firmly placed on the Government agenda.