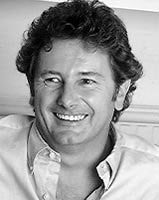 For the past six months Miguel has been acting as a consultant to the group, which set out to restore its reputation for creativity last July with a management restructure that put Gormley in the role of ‘guardian of creativity’ (DW 19 July 2001). He relinquished his role as chairman six months ago to become executive creative director.

Gormley, one of the founders of the group, will now concentrate on ‘working with some key clients to promote the creative philosophy and vision [of Ziggurat] from a European perspective and helping to drive that vision’, he maintains.

Miguel, who announced her intention to leave CPB last April to be an independent consultant helping design groups to realise creative potential, assumed the executive creative director’s position on Monday.

She comments, ‘The reason for my move is that I’m going to an independent group where my views will be heard. I’ll be involved in the direction of the company as a whole, not just the studio.’

Miguel describes Ziggurat’s objective as wanting to ‘go back to basics’ having ‘lost sight of the actual design product’.

Gormley echoes the view. ‘We had become consultancy-driven rather than creatively led. We want to reinvent ourselves,’ he says.

Gormley says attracting and retaining the best talent is high on its agenda and that Miguel’s appointment is part of that. ‘There are very few people I would’ve moved over for,’ he adds.

Miguel says the focus will be ‘not on growth, but on quality’, which she finds ‘refreshing’. One of her first tasks will be to restructure the seven-strong design team, which currently has no creative directors. She hopes that senior designer Steve Irvine will be ‘my second in command’.