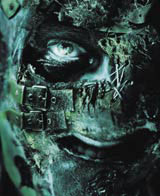 Drive down London’s Marylebone Road on almost any day of the year and you’ll see a queue of tourists snaking along the side wall of Madame Tussauds. Any selfrespecting Londoner will sneer slightly and drive on, mentally shaking their head at the naivety of tourists across the world, confident that their own childhood visit to the waxworks museum is one that won’t be repeated.

It’s exactly this kind of inertia and cynicism that Tussauds design director Cathy Meese and head of marketing Paul Moreton are determined to overcome. The creative partnership behind a regeneration of the attraction, Meese and Moreton are focused on shifting perceptions, particularly within the domestic market, away from wax-work models.

Moreton is energetic, stylish and self-confident. ‘For tourists, Tussauds is a must-see in London,’ he says. ‘Its history and reputation mean a percentage of people will always come. But a huge proportion of the market comprises waverers and they’re up for grabs.’

Moreton declines to reveal visitor make-up except to say the attraction experienced a 20 per cent increase in domestic visitors last year. When pressed, he claims the percentages are ‘not quite’ 80/20 in favour of international visitors. This isn’t without its problems.

‘The foot-and-mouth crisis and 11 September 2001 meant we had to change quickly, move away from being a museum to becoming a more contemporary attraction,’ says Moreton.

The attraction now styles itself as ‘more controversial, more edgy, irreverent but with respect’, he says, citing last year’s stunt of placing a model of David Beckham on a Trafalgar Square plinth at the height of World Cup fever as an example of the venue’s new face.

If Moreton personifies this cheeky enthusiasm, Meese is his quieter, more considered counterpart. Where Moreton’s floor staff do the hokey-cokey and Hulk impressions before taking on their ‘entertainment’ roles at the attraction’s coalface, Meese’s design team is based away from the action in west London’s Acton.

A 16-strong design team works across the Tussauds Group properties, ‘theming’ a variety of projects. It includes lead designers, usually exhibition and set design specialists, and graphic designers, who work across specific projects as well as manage the ‘nitty gritty’ of day-to-day design. Model makers, a wardrobe department, sculptors and hair and colour specialists also fall under Meese’s remit.

The team works with external designers, particularly audio visual and lighting specialists including Blitz and Neil Scott respectively, and Moreton and Tussauds general manager James Bradbury work with Seachange on branding, communications, signage, tone of voice and identity implementation. A revamped identity was introduced last month (DW 17 April) and other projects are on-going.

Meese says her seven years as art director at the group’s Chessington World of Adventures property and has helped her think differently about Tussauds.

‘Chessington is not passive. It can’t help but engage and I’ve brought some of that thinking here. The environment and experience we have created around the figures give them more life than before,’ she says.

She says her objective is to change people’s perceptions and evoke an ‘I didn’t expect that’ reaction. ‘It’s not just about visual design anymore,’ she says. ‘We’re trying to stimulate all the senses.’

To achieve this, exhibits are increasingly interactive – from a Brad Pitt model complete with squeezable bum to a roaring, earth trembling version of The Incredible Hulk. Lighting too is a huge part of the change,’ she says, evoking ‘much more of a sense of show’.

The challenge, says Meese, is ‘delivering one-to-one experiences and a sense of theatre’ while maintaining visitor flow. Another challenge is working within the constraints of the 200-year-old building. As part of the venue’s renaissance a 7.5ha temporary space has been introduced.

The figures themselves now take six to eight weeks to sculpt, where in the past it was closer to six months, allowing Tussauds to stay up-to-date.

But the media’s obsession with the cult of celebrity means people have access to every aspect of celebrities’ lives, leaving Tussauds’ historical role as a conduit to celebrity as less valid, Meese says.

But Tussauds can add value. It is focusing on ways to enable visitors to ‘interact’ with its celebrities in ‘ways other media can’t’. Interaction surely doesn’t come much better than fondling Pitt’s bottom.

It’s Meese’s team that sculpts the figures and selects their poses. ‘Sometimes we capture a moment, like Beckham’s goal [against Greece in the 2002 World Cup qualifier]. Generally, we try to choose the image that most triggers that celebrity in people’s minds,’ she explains.

In the future, however, the venue won’t be ‘wholly celebrity-driven, though they will continue to feature’, says Meese.

Back to Marylebone Road, a quick whizz around the attraction contradicts my long-held assumptions. No more roped-off exhibits and formal rooms. The first exhibition, a ‘celebrity party’, includes a well-photographed model of Kylie crawling across a piano and purring in my ear.

The Hulk trembles the confines of his space, the main room offers visitors the chance to pose with George Bush and Tony Blair and the dungeon turns out, to my surprise, to be peopled with live actors alongside the models.

In the future, a Thunderbirds exhibit in 2004 to tie in with a planned movie release is likely, and the design team is considering a van Helsing theme, with the vampire hunter offering the tasty prospect of interactive exhibits.

With this in mind, it’s safe to say my future drives past the attraction will be less self-congratulatory. They may even be filled with slight envy of the queuing hoards.

1991 University of Lancashire, BA Honours in arts, economics and history

No One designs and names Them

All in a day’s work