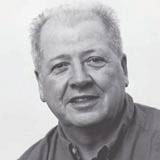 It’s ‘back to basics’ time at Fitch. After thirty years the wheel has come full circle for the group relaunched from Terence Conran’s original design consultancy.

Last week, Fitch chairman and chief executive Rodney Fitch announced an ambitious refocus at Fitch London, as it reduces its numbers to the lowest level in ten or 20 years. Many will see the move as a return to retail, though Fitch himself stresses product design, brand communications and live events as other key areas that his group will now focus on. It’s big news. Design Week phones have been ringing off the cradles.

The Fitch group is a legend among British design groups. The first consultancy to be listed on the London Stock Exchange (in 1984), it has given rise to more contemporary designers and executives than most pundits could ever list.

It’s tale is one of intrigue, twisting and turning like a Shakespearean tragedy. Returning to the fray after a boardroom coup ten years ago, Rodney Fitch found a very different looking consultancy, which has had three new owners since his first reign.

Nonetheless, he is visibly ebullient to be back. With this latest plan, he has created a strategy that will aim to refocus the group on its core strengths once again.

Despite the fact that Fitch London’s numbers are down to 65 – at its zenith it was nearer to 150 – there is a beam of hope for the future. The returning chairman says the consultancy is looking to recruit creative talent in and around these four core fields, and senses the potential for growth.

Interestingly, the losses from this latest cull are not only remnants of consultancies merged into the UK office of Fitch during his absence – PSD Associates, Bamber Forsyth and PCI – but also of the different fields introduced by the management team that sold Fitch to Lighthouse Global Network in 1998.

At that time, the Fitch board put in place a three-pronged structure consisting of consultancy, planning and creative tiers, explains Ashley Carter Whitehead director Neil Whitehead, who eventually followed his former boss to Rodney Fitch & Co in 1999. Now, planning is getting the chop and so is multimedia, one of the disciplines grown under the guidance of Jean-Francois Benz and Martin Beck in the mid-1990s, as Fitch grew into branding and digital media.

Most of the reaction from industry commentators, in terms of the group’s future, seems positive.

Bob Willott, founder of the marketing services business consultancy Fintellect, says the consultancy will benefit from focusing back on retail.

‘After Fitch became a PLC it felt compelled to acquire and grow. But there wasn’t a great deal of wisdom around about what to acquire [in the mid-1990s]. That’s not a criticism; it was the same across the whole of the marketing services sector. Everyone was learning on the hoof. But if they have a future now, I agree that they would do better to focus the business,’ says Willott.

In 1998, Lighthouse Global Network paid some £27m for Fitch, bundled it with half a dozen groups such as Primo Angeli and Leonhardt in the US, then sold the ‘roll- up’ two years later for $600m (£400m) to Cordiant Communications Group. Many, including Willott, reckon Cordiant overpaid for the group. Willott thinks Cordiant was ‘blind’ to the fact that it wasn’t buying ‘old Fitch’.

‘I don’t think Martin Sorrell [chief executive of Fitch owner WPP] would have made that mistake,’ says Willott.

According to The Brewery chairman and former chief executive of Fitch Worldwide Paul Stead, going forward the back to basics move will be ‘good for the market’.

‘Retail is what Rodney knows,’ says Stead. ‘It’s very sad that these people have lost their jobs, but if bits of the business aren’t sustaining themselves, they shouldn’t be supported,’ he adds.

‘When Fitch was in competition with Landor and Enterprise IG it made sense to be a broader consultancy. Now, you have so many more design groups under WPP, it makes sense if they do not cannibalise each other. I just hope it doesn’t create a silo mentality at Fitch, rather than a solutions approach to the client work.’

During Stead’s time as it became Fitch Worldwide under CCG, there were almost 400 people in the various parts of Fitch’s UK business. With numbers as they are, there is a job to be done to punch above its weight.

Part of the job of beefing up Fitch will stem from the deal to buy Retail Planning Associates (DW 29 April). But, off the record, many onlookers think it will need the clout of the heavy hitters that once walked the Fitch corridors.

There is also concern that areas like branding, packaging and graphic design aren’t ignored at the expense of retail, interiors and product design, particularly when other Fitch offices, like Seattle and Hong Kong, excel in these fields.

Will the strategy for the group pay off in the long run? Some say this depends on the management – whether it is willing to be at the forefront of retail innovation, rather than playing the old retail game. Gabriel Murray, director of Murray 03, and former Fitch UK creative director of retail thinks it will.

‘Retail has become a very fast moving space,’ says Murray. ‘Martin Sorrell has said the point-of-purchase is the key battleground for the customer and Fitch is known as a retail consultancy. This can only be a good sign. I’m sure they don’t see retailing as just building boxes on the high street.’