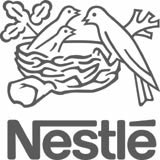 NestlÃ© rowntree has halved its UK design roster following a full-scale review conducted over the past few weeks.

The new-look line-up consists of Coley Porter Bell and LMC Design, which have been retained, and FutureBrand breakaway Bloom Design, which has been added to NestlÃ©’s roster.

FutureBrand, Design Bridge, Smith & Milton and Volcano are no longer on the branding and packaging roster, say sources close to the confectionery giant.

The review comes at a time when NestlÃ© is closely scrutinising its marketing and business strategy. Sales of the company’s leading brands – such as Kit-Kat, Quality Street and Aero – have either slumped or are growing at the same rate as the chocolate confectionery category, which is in itself in decline. Incoming Rowntree NestlÃ© managing director Chris White was appointed in December, prior to the departure of marketing director Andrew Harrison, who became managing director of MÃ¼ller Dairy.

Other heads have rolled as White has instituted a major shake-up of the corporate structure. NestlÃ©’s marketing functions have merged and a consumer communication department has been created, linking the brand group, sales function and agencies.

A source close to the roster review, which was overseen by NestlÃ© consumer communications and services manager Duncan MacCallum, says it is a result of NestlÃ© staff changes.

MacCallum was unavailable for comment as Design Week went to press.