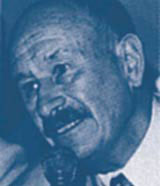 Trish Lorenz’s thoughtful article on form design (DW 27 May) was well timed. The following week The Guardian featured the all-postal ballot and ‘one of the most complex voting forms in the history of British polling’. Judged against Lorenz’s criteria, especially the first, ‘consider the user’, the collection of forms falls short.

Voters must be able to read English and ‘understand the graphics to follow instructions properly’. There is to some a cultural barrier to overcome – and, contrary to a view expressed in Design Week, iconography may not be the universal solution.

Early returns indicate that the procedure of putting both ballot papers (European Parliament and local ward) in envelope A and then putting envelope A and the declaration of identity in envelope B has not been understood by all recipients. Many have ‘mixed up the envelopes, or sent them back empty, saving the ballot paper for what they think is polling day’. Whereas, of course, in an all-postal ballot there is no polling day.

Sadly, mistakes were discovered too late. Surprisingly, given the level of innovation, no exploratory research seems to have been undertaken.

I imagine the declaration of identity caused problems. The voter has to declare to be the person to whom the papers were sent. This can be done by a signature or a mark. A witness has to countersign – and can also use a mark. Of course, the term ‘witness’ brings baggage from other Government forms. It normally means an official, but here the witness merely has to be a person who knows the voter. Nevertheless, there was evidence of voters seeking endorsement from people in authority and you wonder how many decided not to bother.

The non-postal ballot papers were less of a hassle, though my local council didn’t exactly help matters with its poster campaign:

Information design has no room for self-indulgence. Unglamorous it may be – but fulfilling surely when executed successfully. Information design is the difficult art of making the potentially complex as simple as possible. The designer should create an environment of calm. Too often, alas, the designer adds to the angst with unnecessary flourishes. Leo Beaumont of Butcher and Gunderson, quoted by Lorenz, rightly insists that ‘a form’s function is not to create impact’. A form is rarely the initial (impactful) communication. It is the equivalent of the coupon at the bottom of an ad. And the information designer could learn much from direct marketing experts. A coupon’s success is measured by response, by the number of coupons correctly completed and returned. Fancy shapes and less than accessible positioning on the page reduce response.

Beaumont advocates ‘intelligent routing’. Have you ever filled in the US Immigration visa waiver form? It is seriously unintelligent. Where do you put the answer to the question – on the same line or the one beneath? I got it wrong frequently. Then one day a flight steward recommended that passengers complete the form ‘from the bottom up’. Another example of the person at the consumer interface getting it right and the designer getting it wrong.

Everything on a form must have a purpose. Near the top of the National Savings and Investments Capital Bonds application form is the sentence ‘Please write in BLACK CAPITAL LETTERS inside the boxes’ Next to it is a thin, empty rectangle. Why? Is it to show what a box looks like? Is it (you should pardon the expression) a ‘design feature’? Is it ‘for official use only’? There is no explanation.

Sections for official use are generally tinted or coloured, clear and explicit, certainly in the official forms I’ve looked at recently. The Department for Transport uses colour with restraint and purpose. The Duplicate Vehicle Licence Disc Application form is a masterpiece of intelligent routing (a logical process via where, when, what, how sub-heads), use of a second colour, numerals and bold type. It may not win a design award but it fully deserves its Charter Mark for customer service excellence.

Form may not always follow function. But forms should.

Tyne Bridge and the Angel Of The North rendered in silicon

Pure and simply a load of old marketing puff