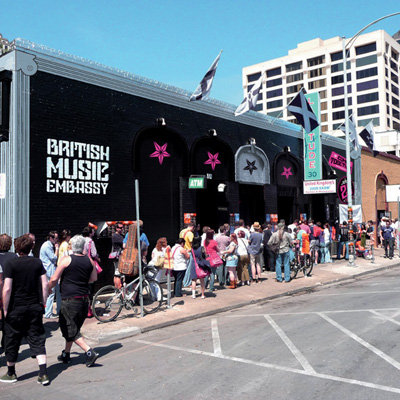 Lethal has developed a campaign for British Music at the South by Southwest music industry festival in Texas.

Its activity at SXSW will be focused through the British Music Embassy (pictured), a venue that Lethal has branded as an oversized flight case. This, the group says, ’suggests a multitudinous musical offering from the UK, as though it has landed in downtown Austin just in time for SXSW’.

Themed as a ’diplomatic institution with a rock ’n’ roll twist’, Lethal designer Ben Aldis says this is extended into brochure design ’by referencing passports, visas and government documentation’, which provides a framework for adapting artist press shots.