Five designs have been developed in the Design Council’s initiative to tackle residential bicycle theft.

A quartet of design teams – Cyclehoop, Rodd, Submarine Design and Frontyard Company – were tasked to develop solutions in four weeks, with a £10 000 cash injection each. 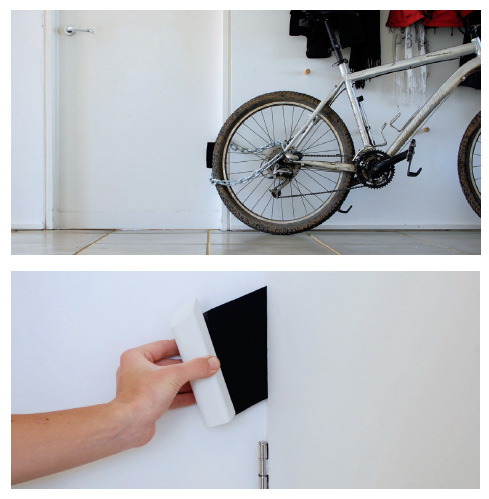 The initiative was launched by the Design Council last year on behalf of the Home Office to tackle issues around bicycle theft from private residences (DW 22 December 2010).

Rodd has developed two prototypes as part of the challenge, both of which are ready for manufacture, according to the Design Council. Both designs aim to address issues of bicycle security in multiple-occupancy homes, while taking space constraints into consideration.

Lupin (pictured) is a hoop made from reinforced textile Dyneema that can be slid through the gap above the bottom hinge of a door, to which a bicycle lock can be attached.

Armlock is described by Rodd managing director Ben Davies as ’a super-convenient, fixed, wall-mounted lazy-lock’. An auto-trigger in the lock’s frame secures the bicycle and, when not in use, the lock can be folded back to the wall.

Cyclehoop has created a flat-pack bicycle stand that can be used indoors or outdoors. Cyclehoop managing director Anthony Lau says that when the product is used indoors it can be free-standing or screwed into a skirting board, and when used outdoors it can be bolted to a floor or wall. The Design Council says this product is market-ready.

Submarine co-founder Jon Barnes says, ’Our product integrates tried-and-tested secure components within the overall design – including a Sheffield rail inside to lock bikes on to and easy, independent access on opposite sides of the enclosure, allowing the possibility for shared, but independent, secure usage for two separate bicycles.’

According to the Design Council, Frontyard used the four-week project to develop the Plantlock product to market. Plantlock is described by Frontyard director Duncan Kramer as, ’A planter that you can lock two bicycles to. Simple to install and secure Green bike parking.’

At the scheme’s outset, the Design Council briefed the Design Against Crime Research Centre at Central St Martins College of Art and Design to research the issue. This stage was followed by an open call for designers to respond to briefs.

At the time of the initiative’s launch, the Design Council said the majority of research into bicycle theft had concentrated on theft in public places and little research had focused on theft from in or around people’s homes. The British Crime Survey reports that nearly two-thirds of bicycle thefts occur in the near vicinity of the victim’s home.