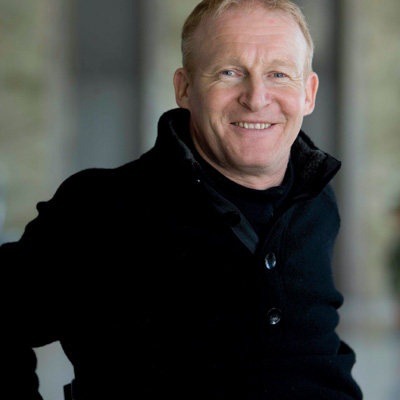 The Royal Society of Arts is developing its Design & Rehabilitation initiative following a workshop which attempted to educate people with spinal cord injuries in design principles to increase their resourcefulness and self-reliance.

The project stems directly from RSA director of design Emily Campbell’s 2009 Design & Society manifesto (DW 23 July 2009), which proposed that designers ’have an opportunity to redefine themselves, not as making beautiful resources, but as making people more resourceful’.

Campbell says the aim of the Design & Rehabilitation programme was to test this concept and also ’to push beyond the ambition of user-centred design (designing for people), past co-design (designing with people) to a more radical idea that people who are not professional designers might acquire some capability to design for themselves’.

Campbell says the project aimed to apply and teach a set of design principles. She says, ’Design isn’t about fashion or about style – it’s about logical solutions.

We were trying to get across a sense of logical process.’

She says the outcomes might not just be that people would be able to design or modify their own products, or engage in further vocational training, but also that they might become more educated consumers of design and ultimately become more resourceful.

Campbell says the RSA decided to work with people with spinal cord injuries as ’we wanted to find a group of people who needed to learn to be resourceful’. She adds, ’Spinal injury results in a very sudden loss of resourcefulness. It’s all about regaining independence.’

Working with Back Up, an organisation that supports people with spinal cord injuries, the RSA ran a three-day series of workshops with eight participants, led by Campbell, Pascal Anson from Kingston University and Dr Yan-ki Lee from the Royal College of Art’s Helen Hamlyn Centre for Design. The initiative also featured guest speakers Danny Brown, Adam Thomas and David Constantine.

The workshop focused on the three principles of observation, analysis and opportunity. In one exercise the participants were tasked with photographing 100 examples of the same thing – such as crossing lines or street corners.

Campbell says one of the most successful exercises came on the second day, when participants were tasked with interviewing another member of the group and designing a cocktail based on what they had learned about that person – one result was the Green Goddess, containing chilli, coriander, lime and vodka.

Participant Tim Rushby-Smith said, ’[It was] surprising that design principles could be applied to something like that, but it had a real physical outcome, something you had to construct.’

The initiative was peer-reviewed by Pentagram partner Michael Bierut, Design Council chief design officer Mat Hunter and others. Bierut said the initiative made a strong case for ’the relationship between design thinking and having a sense of agency in one’s environment and one’s life’, while Hunter suggested adding an exercise that would apply design thinking to a more personalised problem or environment.

Campbell says the RSA is now looking to develop the programme with possible tie-ups between Bucks New University and Stoke Mandeville; Sheffield Hallam and Sheffield Royal Hospital; and Glasgow School of Art and Strathclyde University with Glasgow Queen Mother’s Hospital.

Exercises in the initiative

Fun at the fair

Act to keep design top of the class

Design studio Reggie London has created new branding for Oxsight, a technology company that creates glasses which aims to help those with sight loss.