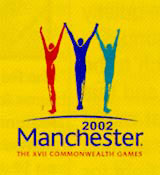 Access Marketing & Design has created the look for the Manchester Commonwealth Games 2002, launching on 24 July.

The group has created a sub-brand based on the letter M. It will be used with the games logo, which has been redesigned by Access, and as a standalone feature.

It will appear throughout stadiums hosting the games, on banners, signage and hoardings, and across merchandising, advertising and marketing activities.

The redesigned marque, originally created by Race, formerly Drawing Board, was launched in April. According to Access creative director Sarah Parker, “We took the old logo and made it more impactful from a distance, changing the colours to make it warmer and friendlier.

“The sub-brand graphic image we created is like a champagne burst of the letter M,” she adds.