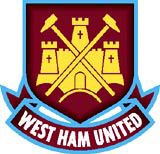 Springetts has designed a signage system for the redevelopment of West Ham United’s Upton Park stadium in east London, to launch with the opening of the west stand upper tier in August.

The group redesigned West Ham’s team identity, which launched at the start of the 1999/ 2000 season.

“It is a bit too early to say, but I expect there will be further development work. We will be involved in the branding of corporate boxes, for example,” he says.

West Ham is rebuilding the east stand from May next year. Renovations to the south and north stands have already been completed.

The west stand is being rebranded as the Dr Martens Stand. A sponsor for the east stand has yet to be found.

Springetts’ signage concepts will eventually appear throughout the ground.

Springetts director of marketing Kate Killeen says, “The signage is moving away from being just a wayfinding system. It conveys more about the emotion associated with the history of West Ham and is very visual. Signage will use West Ham’s colours of claret and blue and other colours as well.

“It’s taking what we did with signage at Manchester United ten steps forward.”

“West Ham is basically used by West Ham fans only, so we can be much more specific to the club,” he adds.

The consultancy won the work without a pitch. (No pun intended)