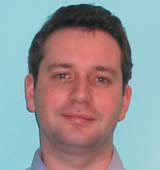 Branding groups have a lot to learn from politicians when it comes to winning over the media and the public, says Graeme Trayner

In a world where 51 of the 100 largest economic entities are companies rather than countries, people have become very aware of the power of business. As recent furores that have affected McDonald’s and Shell have shown, companies are now judged on factors such as corporate ‘citizenship’ and are seen to have wider obligations beyond shareholder return.

Indeed, brands are now assessed in the same harsh and unrelenting way as politicians. Both face continual evaluation by an aggressive media and a sceptical public. They grapple with people’s default wariness towards institutional motives, demands for transparency and openness, and the speed and volatility of today’s media. Business has become so politicised that corporate leaders are now treated as if they were politicians. They too face constant pressure to perform, and are quickly dismissed if they fail to deliver. It is perhaps unsurprising, then, that the average tenure of a chief executive is four years – akin to a politician’s term in office.

As a result, Bill Clinton’s advisor Dick Morris’ adage that presidents and prime ministers now have to earn a ‘daily majority’ is as true for brands as it is for politicians. Corporations now need to be continually in touch with changing opinions. The problem, though, with much ‘business’ market research is that it is too clunky and slow – too reliant on twice-yearly tracking surveys, which result in lots of PowerPoint charts but little learning. It is often ill-equipped to provide business leaders with the real insights that they need.

Frustration with the way much corporate research is conducted has led to brands learning from the tools and methods of political research. Major corporations in the US have turned to American political pollsters, such as Stan Greenberg and Mark Penn, to help them stay in touch with changing opinion. In the UK, YouGov – traditionally known for its political work – has launched an ongoing brand monitor, while at Opinion Leader Research we have been advising business on how to follow the ‘permanent campaign’ approach of modern politics. All these approaches are linked together by a focus on speed and immediacy.

However, brands can learn more from politicians than just research methods. First, businesses need to follow the example of successful politicians and present a simple narrative to consumers and stakeholders. This presents a compelling vision for the future, and it is often linked to the personal attributes of the candidate. As businesses grapple with the same media and public challenges as politicians, they too need to present clear narratives to win.

Underpinning a successful narrative are ‘symbolic policies’. These are specific, yet imaginative, initiatives that shed light on a politician’s wider vision, such as Margaret Thatcher’s policy of council house sales or John F Kennedy’s Peace Corps. They give voters a mental shortcut to understand what a politician is trying to do. The concept can also be brought into business, where brands need to look for ideas that are tangible, imaginative and compelling.

This has important implications for the design community. Design and architecture can provide highly successful symbolic policies; something that has not been lost on successive French presidents, with their attachment to projets grand such as the Centre Pompidou. Indeed, it can be something small yet significant – think about how Ken Livingstone shrewdly badges everything, from posters to Oyster card holders, with ‘Mayor of London’. But there are negative symbolic policies too – the Millenium Dome was supposed to be the ‘first line of Labour’s manifesto’, but it became a symbol of Labour’s perceived failings. Business, politicians and designers need to work together to ensure London 2012 represents the right kind of symbol for modern Britain.

Lastly, business can learn from politics about how to try and involve people. As they grapple with mistrust, politicians have learnt that they have to involve people more in policy design. The public sector has led the way on co-creation and consultation, with forums that bring together policy-makers and users, leading to better policy. The Department of Health recently held a one-day Citizens’ Summit, that brought together 1000 people to map out how health and social services could be improved. Similarly, businesses need to involve consumers in developing new ideas.

Above all, brands must engage in a continual battle to win and maintain popular consent. By taking a nimble and more flexible approach to research, and through the promotion of clear narratives and symbolic policies, brands can succeed and prosper.

Graeme Trayner is a director at Opinion Leader Research

• Companies have caught up with countries in terms of economic size

• Pollsters are now turning their hands to brand tracking

• Politicians are applying branding techniques to their communications