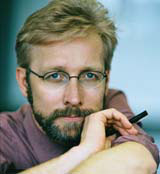 Chris Bangle caused a stir when he revolutionised BMW, nurturing a style that set it apart from its Teutonic rivals. He tells John Stones what keeps his engine running and why car design is left on the sidelines

It is rare to hear a mention of Chris Bangle, the BMW group design director, without the inclusion of the word ‘controversial’. Google his name and top of the list is the now infamous ‘Stop Chris Bangle Petition’, with over 12 000 signatures, exhorting BMW to stop him ‘ruining’ its cars.

Having spearheaded what even BMW refers to as a revolution, the Bavarian car manufacturer’s previously staid and conservative design language has been radically transformed, strongly polarising opinion in the process. As a result, Bangle is probably the only current car designer that most petrolheads could immediately name, and one of the few with a profile in the wider design world. Bangle is sanguine about the controversy stirred up in his wake, but, then again, he has had a few years to get used to the slings and arrows. ‘When you are in the business of climatology, sometimes you will get a little wet and sometimes the sun will shine,’ he says, somewhat wearily.

The design revolution was kicked off by the 2001 7 Series luxury flagship, greeted with incomprehension, and which – despite the passing of time – still has details that remain distinctly challenging. Take its bustle boot line, for example, which makes it look as though a trunk has been arbitrarily attached to the back of the car. Bangle denies the suggestion that BMW has used design as a marketing gimmick, but admits that, with premium products, it is important to be in the vanguard, or, as he puts it in his soft American accent, ‘on the edge of in’. Nor is the ‘flame surfacing’- the complex and angular surfaces that are a hallmark of Bangle-era BMWs – merely superficial.

‘Form does still follow function,’ Bangle insists. He points out that the increased technological content of modern cars has led to a ballooning in size, which required a design response. The creases and hollows, he says, are there to take out the weight, optically. And, like furniture design, advances in technology make new forms and shapes possible, allowing, for instance, metal to be stamped into the sharp folds of the Z4 roadster.

However, the most recent BMW, the new 3 Series, is the least adventurous. As the company’s bread and butter product, taking any design risks were clearly out of the question.

While it is with BMW-branded cars that he is associated, since last year Bangle has also overseen the Bavarian group’s two ‘British’ marques, the Mini and Rolls-Royce. All the angular BMWs were actually penned by Dutchman Adrian van Hooydonk. Bangle compares the job of design director to that of an editor, giving direction, removing the superfluous and taking the flak.

The last car Bangle himself penned was the Fiat Coupé (the product of an earlier love affair which, he jokes, was created with little more than a pencil) before being poached in 1992 by BMW from Fiat Centro Stile, where he was head of design. At the time, the Fiat’s unusual wheel arch slashes were falsely attributed to inspiration from artist Lucio Fontana’s slashed canvases. Bangle laughs and says, ‘I didn’t even know who he was until much later.’ 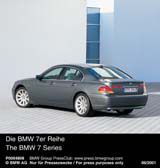 Given the angular geometry of the current crop of BMWs, it’s perhaps no surprise that it is architecture that inspires Bangle. ‘It leads car design by decades,’ he says. Bangle compares the formal treatment of the exterior of 7 Series with Frank Lloyd Wright’s Guggenheim Museum, and the Z4 with Frank Gehry’s Guggenheim in Bilbao. Product design is another area of influence – BMW owns its own product design consultancy, DesignworksUSA in California, producing work from lamps to sports equipment for a range of clients.

But it would be wrong to think of Bangle as timid about the importance of car design. ‘Cars are the major cultural product of the last 50-100 years,’ he says. ‘Yet it’s possible to see a book on a century of design without a single car in them. There are more books on teapot and table lamp design than on automotive design.’

Bangle accepts that car design has tended to be ‘a hidden, closed shop, with a guild mentality that has shut its door to the outside world’. ‘We must bring people into the loop – we can’t expect people to ask more of us if we don’t,’ he adds.

Chris Bangle is giving a D&AD President’s Lecture at The Institution of Electrical Engineers, Savoy Place, London, WC2 on 7 December