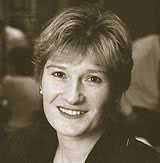 For most marketing businesses, including designers, this has been a difficult period. The Willott Kingston Smith annual review of the Top 50 marketing groups in the UK and the Top 30 UK designers certainly confirms that.

Underlying growth was at best flat and for many busines

The general consensus is that the advertising recession began in the last quarter of 2000, with advertising budgets in the US falling further in the first quarter of 2001. This spread to Europe and was exacerbated by the events of 11 September 2001.

Design consultancies’ growth rate halved and profits fell. Turnover rose by 4.5 per cent and gross income by 4.8 per cent. Operating profit fell by 4.1 per cent, a dramatic reduction on the impressive 34 per cent reported last year.

In addition, bottom line profit was seriously eroded by exceptional costs – which was principally restructuring costs relating to re-organisation and severance pay. The reorganisation costs reported in the accounts we have reviewed may just be the tip of the iceberg. Indeed, we were surprised there were not more.

The number of people employed by the Top 30 designers fell by 5 per cent although employment costs increased by nearly 9 per cent. There are two reasons for this. First, some businesses have not split out the cost of redundancy from their employment costs. Second, lower paid employees have been the ones shed. Consultancies probably feel the need to retain more experienced people in order to deal with demanding clients and competitive pitches.

It’s a cliché, but design groups’ main asset are their people. So monitoring productivity and costs per employee is a good way to analyse performance. Average employment costs per head grew almost 15 per cent. Once again this exceeds the increase in gross income per head of 11 per cent, contributing to a 1 per cent decrease in operating profit per head. The average operating profit per head of £8833 is reasonable, but still falls short of the £10 000 to £15 000 target range that Willott Kingston Smith suggests.

The key ratio of gross income to employment costs may hold a clue as to why. It measures how much gross income is generated for every pound spent on staff. Willott Kingston Smith recommends a benchmark of approximately 200 per cent. Designers reported a figure of 158 per cent on average and 164 per cent in the previous year. So there’s much room for improvement.

The project-based nature of designers’ work means they felt the impact of a downturn sooner and more sharply than marketing disciplines that enjoy retainer relationships – such as advertising and public relations. Anecdotal evidence suggests, for example, the corporate identity market halved. It is therefore somewhat surprising to see margins holding up as outlined above.

In part, this is because restructuring costs are excluded in calculating that ratio. Also, a few companies have not yet filed accounts that cover the most recent period. It could even be that they are choosing not do so in order to avoid exposing the full extent of the damage.

The market is likely to remain flat for some time. Marketing services consultancy WPP Group is sticking with its prediction of a bath-shaped recession. So how robust is the design sector’s balance sheet? Will it hold up under pressure?

The good news is that the Top 30 designers had a pretty strong balance sheet. In aggregate, they had £24.8m in the bank – a marked improvement on our 2001 survey, which reported they were only just in the black.

As a result, net current assets have nearly doubled. Net current assets reflect how many short-term assets (such as cash, debtors and work in progress) a business has compared with its short-term liabilities. Long-term loans have also decreased. This means that even if the market continues to be flat designers are not unduly at risk from interest on borrowings.

Overall, the figures confirm that the design sector has had a tough time, but in financial terms is still in reasonable shape. Why, then, does it feel worse? In part, published figures that largely cover 2001 do not yet reflect the continued downturn in 2002. Furthermore, we are coming off a peak of activity which is making present conditions feel much worse.

This is very clearly illustrated in the Greater London Authority report Creativity: London’s Core Business (DW 3 October). It found that in the second half of the last decade London’s creative industries were the focus of a powerful surge of growth in output, as a result they are now London’s second largest source of wealth after business services.

No wonder, then, that times feel tough in comparison, but designers look set to see it out.

HOW PROFITS WERE MADE