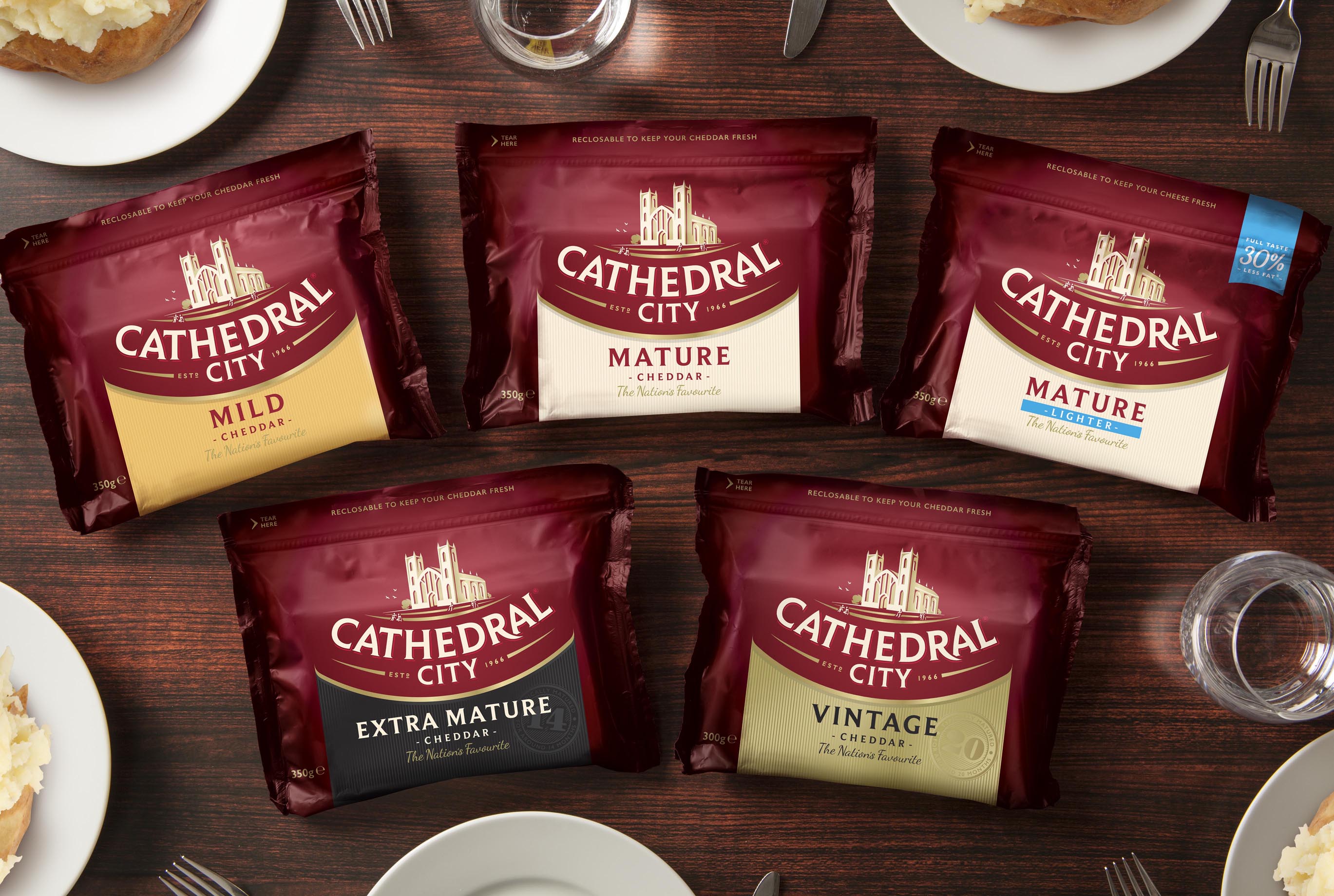 BrandOpus says the rebrand project came about as the Cathedral City identity was “beginning to appear fragmented across its portfolio”.

This was due, the consultancy says, to the Dairy Crest-owned brand’s growth and the launch of a number of range extensions.

BrandOpus says: “We were tasked with elevating the brand identity and pack design to be more befitting of a brand with the size and stature of Cathedral City.”

The project has seen the Cathedral City identity “simplified and strengthened”, BrandOpus says, in order to “make it more easily identifiable and connect more meaningfully with the customer”.

The brand’s cathedral logo has been redrawn but its red packaging colour has been retained.

The packaging design system has been redesigned, with the aim of “allowing for consistency across ranges and [creating] a flexible platform for future innovation”, says BrandOpus.

Paul Taylor, executive creative director at BrandOpus, says: “Cathedral City’s identity needed to reflect its best in class position within the category… They now look like a category leader as well as perform like one.” 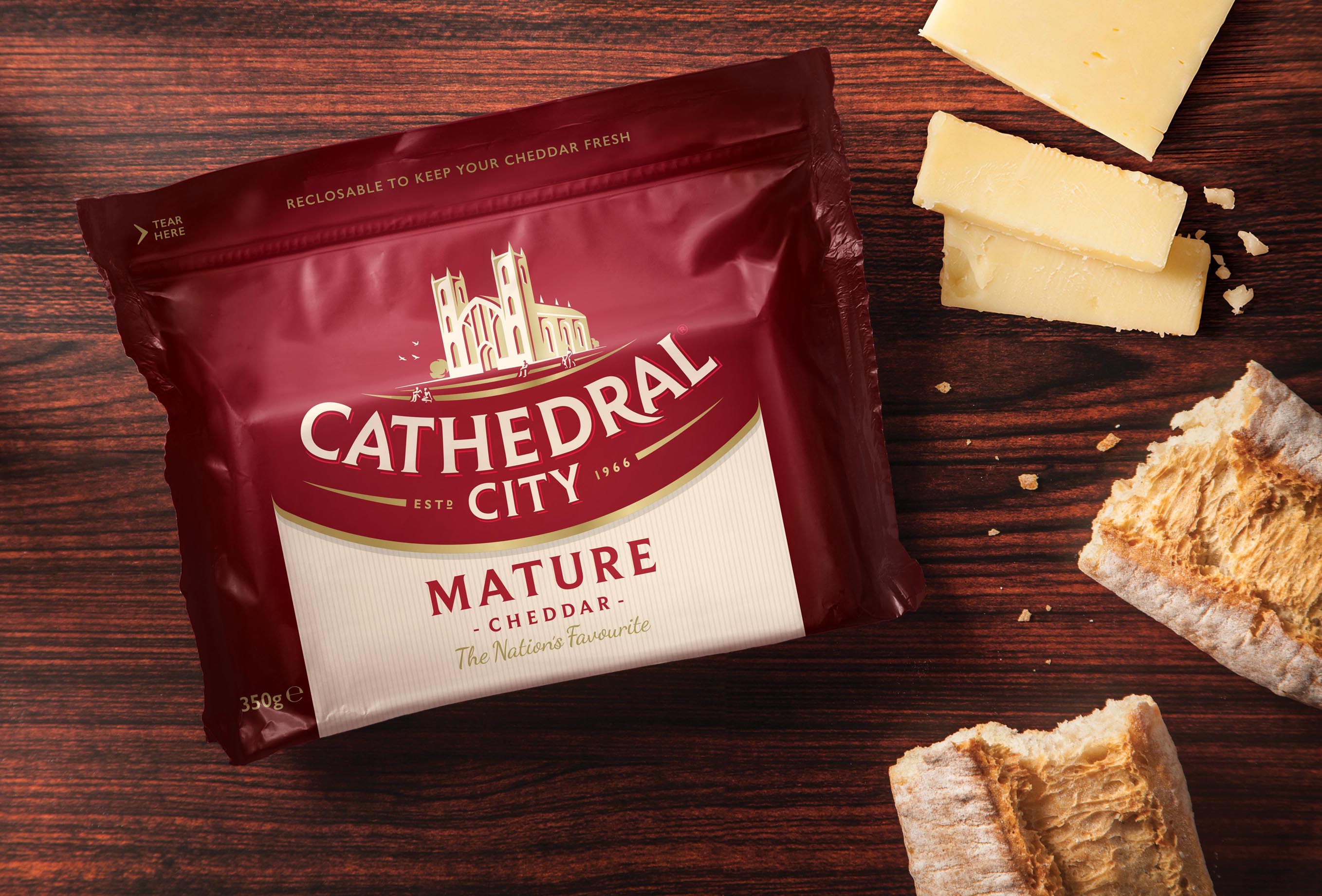 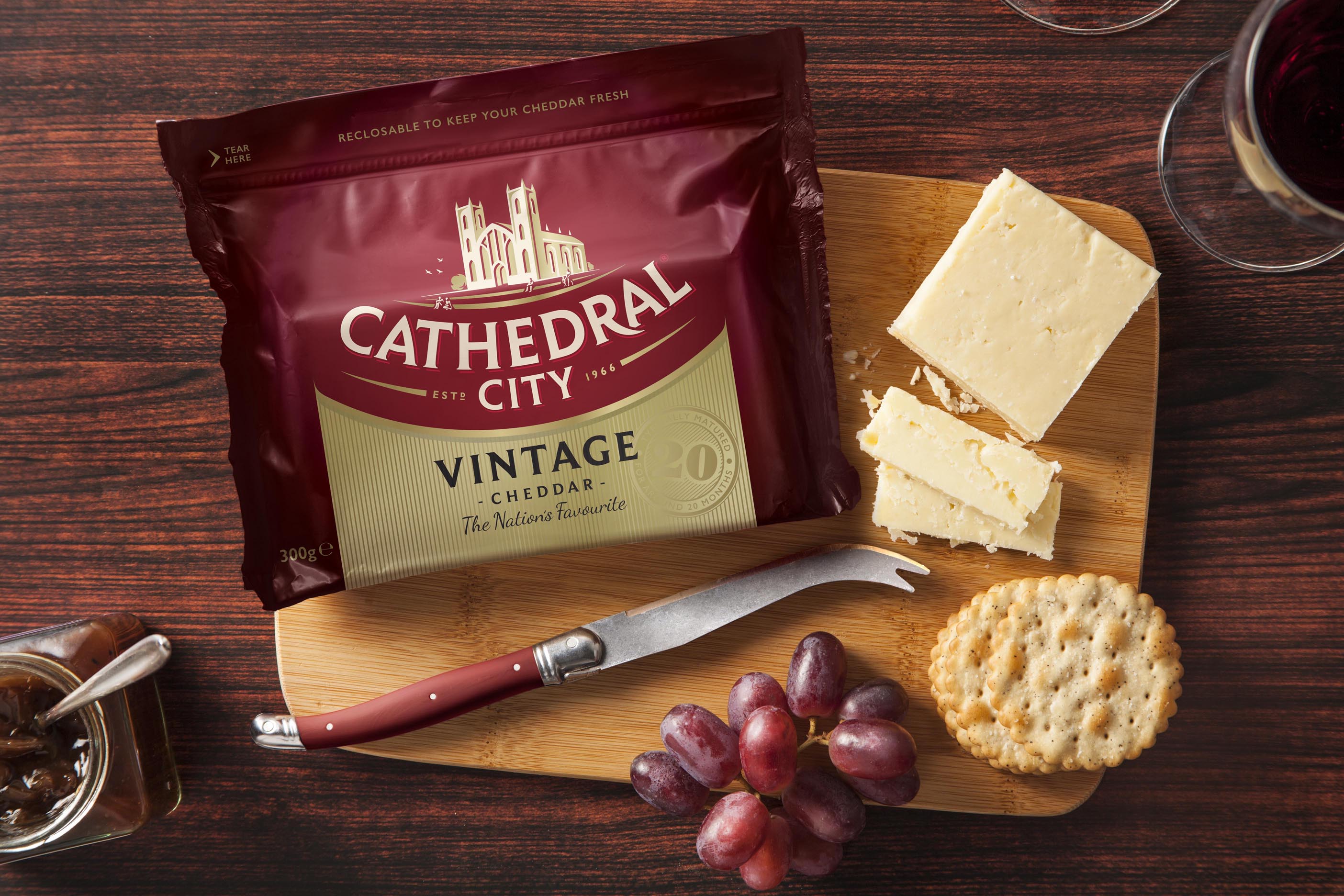