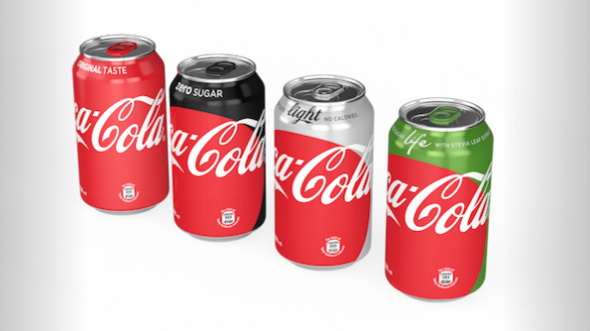 Coca-Cola has rolled out new packaging that uses the company’s recognisable “red disc” emblem with the aim of unifying its product portfolio.

The new design is part of the company’s “One Brand” marketing strategy, aimed at creating a “single voice” across its products, says James Sommerville, vice president of global design at Coca-Cola.

Coca-Cola’s “red disc”, originally created by hand in the 1930s then refined in 1947 as retail signage, has been incorporated alongside a colour series of red, silver, black and green, used to distinguish between different products in the portfolio – Coca-Cola, Diet Coke, Coke Zero and Coca-Cola Life.

“A shift in our visual language”

“These new packaging designs signal a shift in our visual language in which the classic red disc is more prominent than other elements associated with the brand,” says Sommerville. “During our design process, we saw the red disc as the one design element that could unite the trademark visually.”

He adds that the disc aims to introduce “consistency”, as it is also used across television, print and billboard adverts. “We’re using a signature asset in a contemporary and surprising way,” he says.

The design aims to “be bold” while “preserving simplicity”, says Sommerville. He adds that the red has been retained because it is synonymous with the branding, while the circular shape of the disc “applies easily” to both the cylindrical shape of a can or bottle, and the square or rectangular shape of a fridge pack.

He says however there will be various applications of the unified packaging depending on “environment, country and context”.

The packaging change is in line with a new strategy from Coca-Cola, which is to “encourage people to choose no sugar” drink options, says the company, and also ties in with the launch of its new product Coca-Cola Zero Sugar.

The new packaging will first roll out in Mexico in May, with similar versions rolling out worldwide throughout 2016 and 2017. 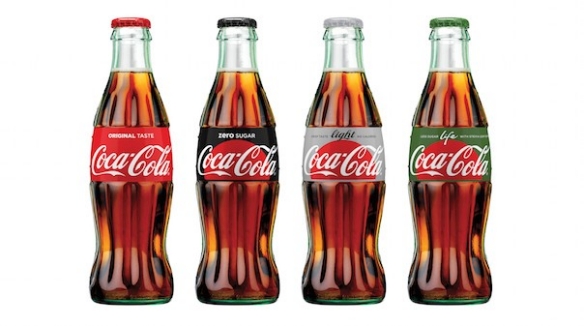