X
Skip to content
The Royal Mail has released a set of special stamps to commemorate the Queen’s 90th birthday, and has engaged several designers in the process.

Ten stamps have been designed by Kate Stephens, with a miniature-sheet designed by an in-house team at the Royal Mail.

Consultancy Supple Studio also worked on the project, having designed the first-day cover (an envelope with the full set of stamps postmarked with their day of issue) and collectors’ pack, in collaboration with typographer Jessica Hische.

The envelope features bespoke typography created by Hische, along with a series of photographs of the Queen throughout her life.

The main stamp set also uses photography, with the mini sheet based on a commissioned Royal Family portrait taken in 2015, with perforations around each of Royal Family’s faces to create the final four stamps. It features HM The Queen, HRH The Prince of Wales, HRH The Duke of Cambridge and HRH Prince George of Cambridge.

The first three feature the Queen as a child with her father, with her children Prince Charles and Princess Anne, and with the Duke of Edinburgh to “mark their long partnership”.

The second three feature her attending the State Opening of Parliament in 2012, with Nelson Mandela in 1996 and on a state visit to New Zealand in 1977, to mark her roles as Head of State and Head of the Commonwealth.

The stamps are available to buy from today from post offices across the country. They can also be ordered via the Royal Mail’s website. 90 limited edition framed sets have also been produced. 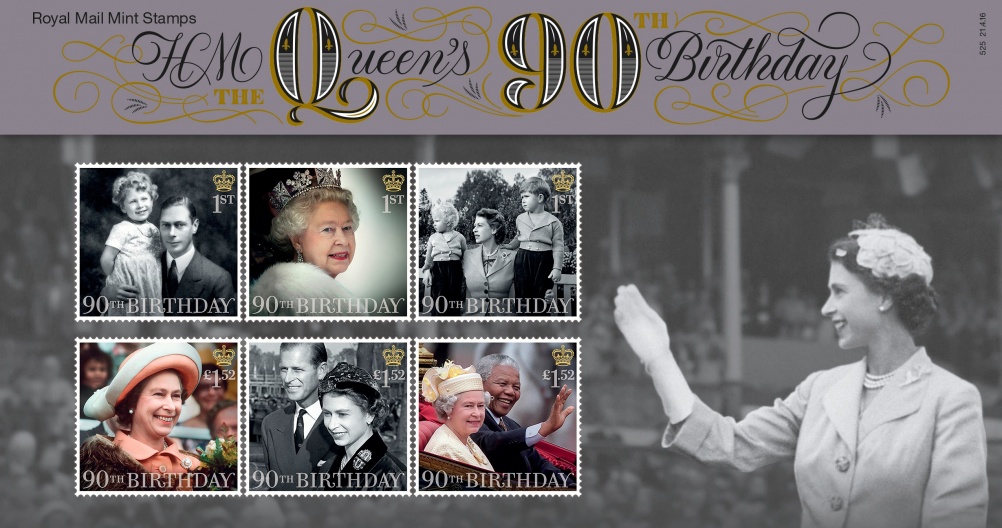 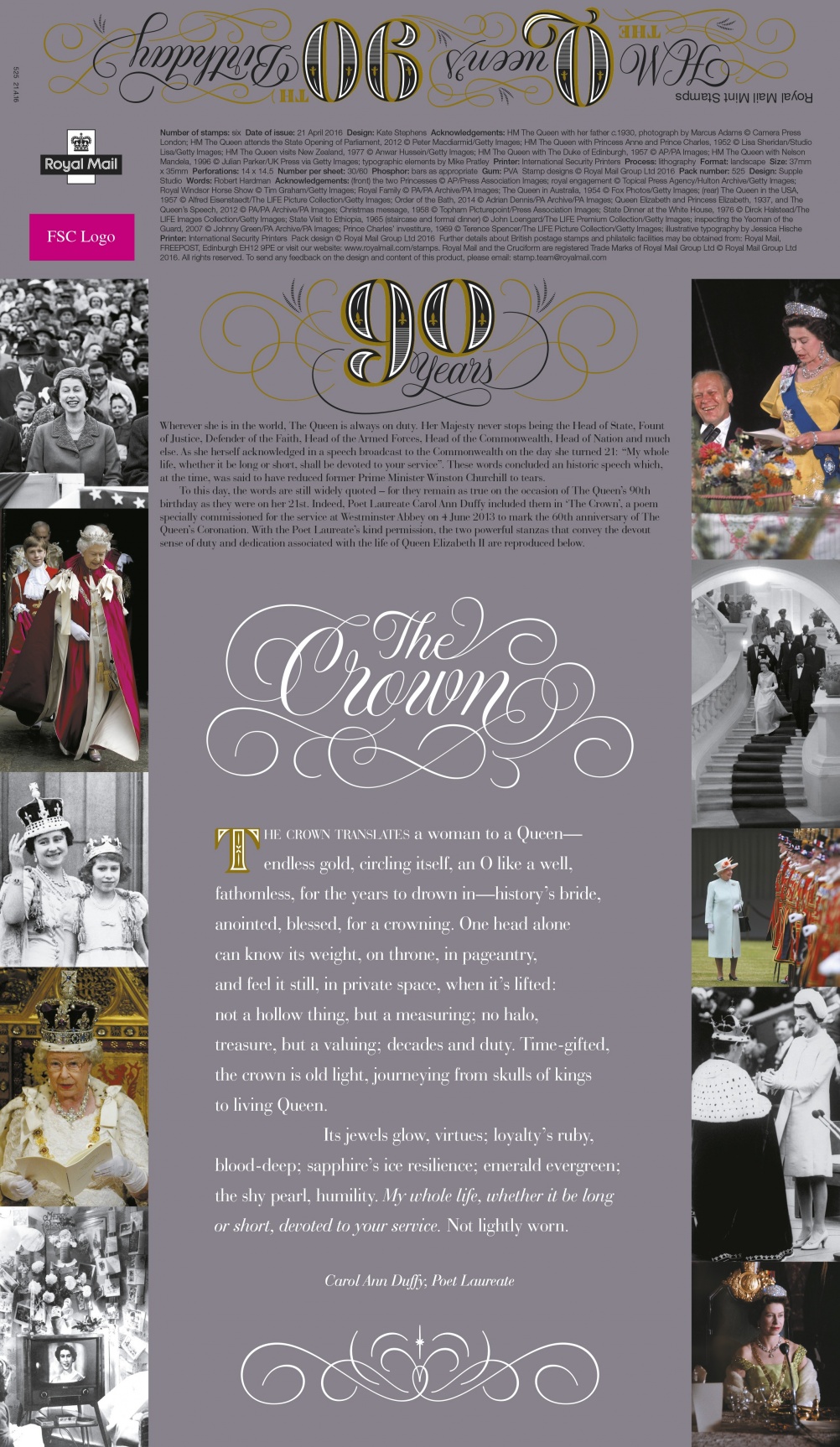